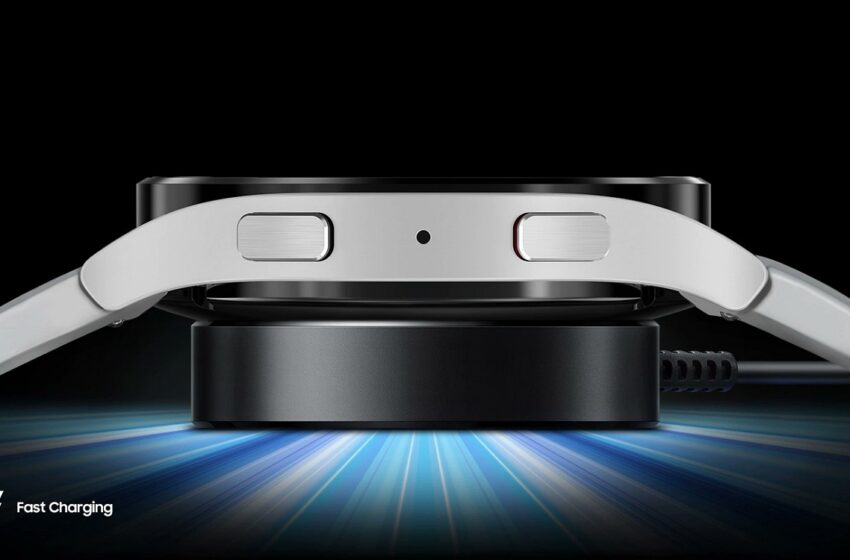 Samsung is due to unveil its new Galaxy Watch 5 series of smartwatches in a week, and we already have a good look at what the watch will look like, as well as its technical features like fast charging.

On August 10, Samsung will unveil several high-end devices, including the Galaxy Z Flip 4 and Galaxy Z Fold 4, its foldable smartphones that we already know everything about, the Galaxy Buds Pro 2, its high-end headphones , but above all a new generation of connected watches Galaxy Watch 5 and Galaxy Watch 5 Pro, whose design leaked a few days ago.

Thanks to renowned leaker SnoopyTech, we now know what the next Samsung Galaxy Watch 5 is entitled to in terms of fast charging. We already knew that the new smartwatch will benefit from an updated chargerbut we didn’t know much about the Galaxy Watch 5’s charging speed.

The Galaxy Watch 5 will charge at full speed

For this, the charger cable will need to be connected to a compatible power adapter of at least 10W, then magnetically attached to the back of the smartwatch. On the cable, we can also note the presence of a USB-C connection, which replaces the aging USB-A connection of previous models.

For its part, the Galaxy Watch 5 Pro, the most expensive model, could also be entitled to a fast recharge of at least 10 W to fill its large battery of 572 mAh. As a reminder, it is much more than the previous generation, which only benefited from a 361 mAh battery. It is thanks in particular to this huge new battery that the Galaxy Watch 5 Pro would offer 3 days of autonomy. On the operating system side, the watches will benefit from Wear OS 3.5 with a Samsung One UI Watch 4.5 overlay.