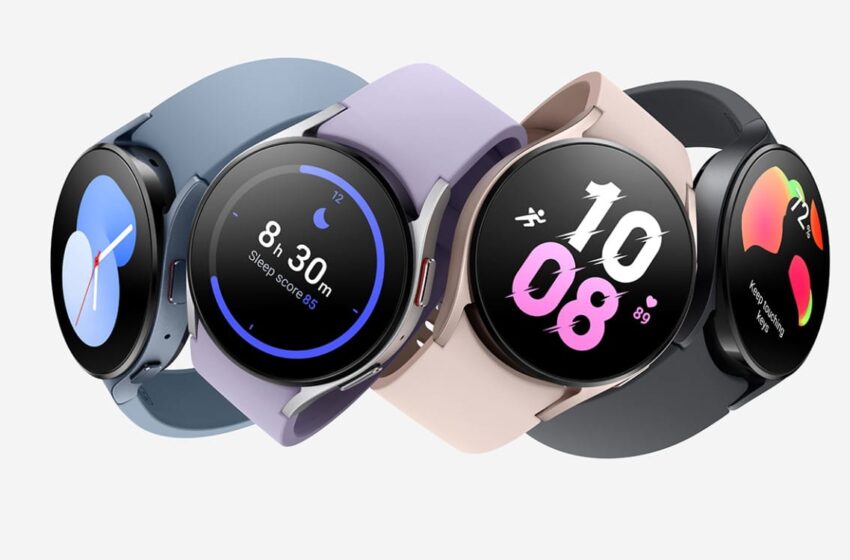 Galaxy Watch 5: the watch can now zoom with the camera of your Samsung smartphone

Samsung’s newest Galaxy Watches have just been updated. They now benefit from a feature that allows them to zoom with the camera of your smartphone, provided it is a Samsung smartphone.

For several years now, Samsung has enabled its watches to control a Galaxy smartphone’s camera through the Camera Controller app. This is available on the Galaxy Watch 4 or Galaxy Watch 5, and is now even more useful than before. Indeed, Samsung has just rolled out an update (version R900XXU1AWA3), which adds a brand new feature.

With the new version of the Camera Controller application, the connected watches Galaxy Watch 4 and Galaxy Watch 5 are now capable of controlling the zoom of your smartphone’s camera. For this, you just need to pinch the screen or turn the dial. Previously, it was simply possible to preview what the camera sees and press the shutter button.

Some users who used their watches to take selfies complained that they couldn’t easily crop the image if the smartphone was placed too far away, but that’s now history with this new update.

For now, Samsung seems to have only rolled out the new version in the US, but it should arrive in Europe fairly quickly. We remind you that to take advantage of the functionality, you will have to use a Galaxy smartphone. Also note that Samsung will limit the feature to devices running One UI 5.1 or higher with the latest version of the Galaxy Wearable app installed.

Fortunately, this is not the only novelty in this new version. The update also adds a “Connected Device Diagnostics” option to the Samsung Members app, which will let you check if your Galaxy Watch 5 or 5 Pro hardware is working properly. It will also show you information like the battery health of the watch.