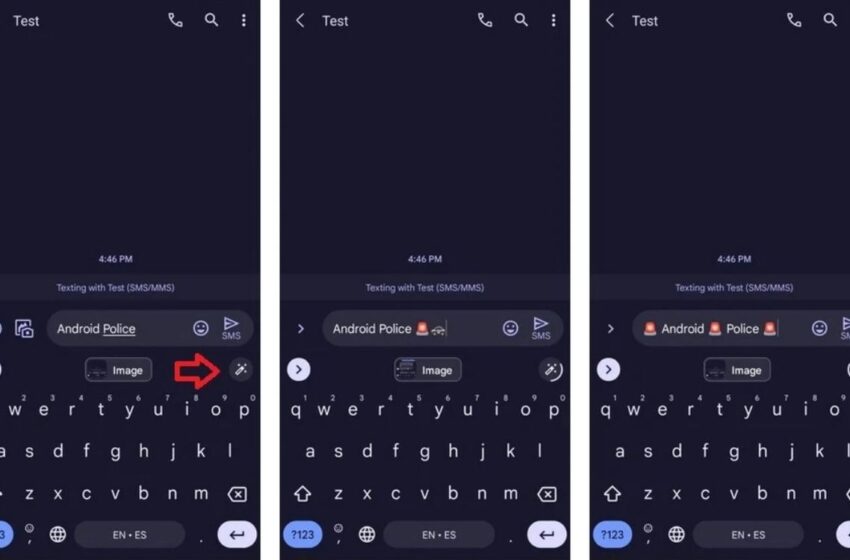 Gboard will soon integrate a small feature related to emojis. Indeed, an icon will appear to suggest the most appropriate smiley for your conversation. This is in addition to the suggestion already present on the application.

Language via emojis can sometimes be complicated. There are indeed several ways to interpret such and such an icon depending on the situation. Gboard, the Google keyboard on Android, wants to help you to find the best possible according to the situation.

In an upcoming update, the keyboard will integrate a magic wand into the suggestion bar, according to Android Police. Press it once and an emoji will be integrated into your text, consistent with the words used. Double tap on it and an emoji will appear between each word.

So, after writing your message, you won’t have to worry about finding the perfect emoji. Note that this is not the first feature of Gboard to go in this direction. Indeed, emojis appear already in the suggestions menu if you wish. A silly example: you write “fire” and the keyboard suggests that you replace the word with a drawing of a flame. This novelty goes in this direction.

At the moment, the update only seems limited to a handful of English-speaking users. If you don’t have it, don’t panic. It should arrive in the next few weeks, at worst in the next few months. Also make sure you are using Gboard on your smartphone, and not a keyboard integrated by the manufacturer.

Emojis have become an important part of our way of written communication, and it is only natural that Google contributes to their use. This is not the only one. We remember the “controversy” over emoticons on Windows 11. Planned to be in 3D, they finally came out in 2D, which disappointed many users. Apple is also very concerned about its emojis, being generally the first manufacturer to integrate the new ones into its products.

In short, a little more patience to take advantage of this new feature of GBoard. It shouldn’t take long.