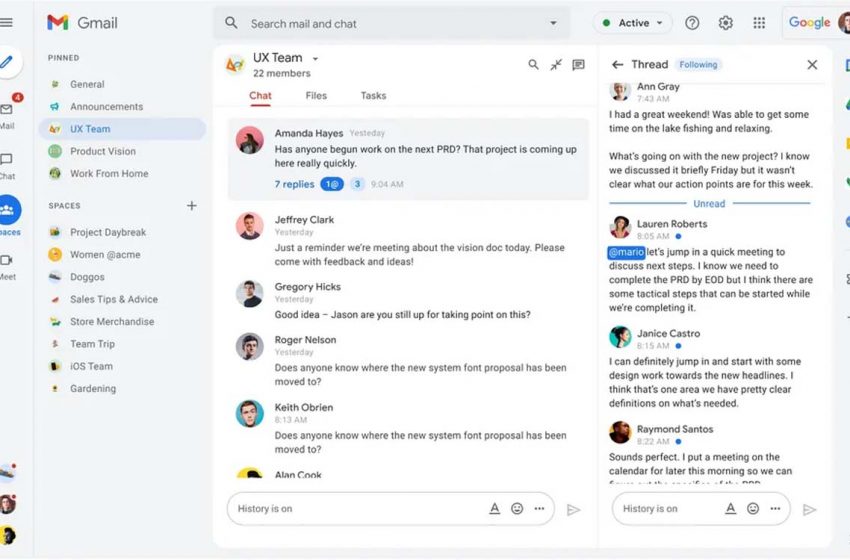 Gmail becomes the all-rounder with audio and video calling

Google has just announced a new update for Google Workspace, its new office suite which includes Gmail, Google Drive, and even Google Meet. Among the new features, we note the possibility of making audio and video calls from the Gmail mobile application.

In an official press release published this Wednesday, September 8, Google announced a new update to come for Google Workspace, its new office suite which brings together the most popular tools and software of the company such as Gmail, Google Drive, Google Meet or Google Docs. If this update includes many improvements, the changes made to Gmail remain the most important.

Indeed, the messaging service seems to be turning more and more into the control center of the various Google applications. It is true that Google has granted many additional attributes to Gmail, such as the ability to drag photos received in Gmail directly into Google Photos or activate Google Chat on Gmail.

Also read: Gmail – Google is rolling out an update with Material You for Android 12

With this update, Google continues on this path by integrating the possibility of make audio and video calls with Google Meet directly from the Gmail app. In other words, when the feature is activated and deployed, it will be possible to call your colleagues who use Google Workspace without leaving Gmail.

As Google specifies, this function is presented as “the equivalent of spontaneous office discussions in a hybrid work environment where some employees are at home ”. It is necessary to add to this integration of Meet in Gmail a new space called precisely “Spaces”. This is no more and no less than a revamped and more complete version of the Rooms discussion channels, including the display of a discussion thread in a column.

Among the other improvements, there are several options allowing to specify if you are in the office or if you are at home (important for planning meetings), and a companion mode for Meet which allows you to use audiovisual equipment in a conference room. Unsurprisingly, these new features will first be available to professionals subscribed to the Google Workspace suite. They will then be offered to individuals within the next few weeks.