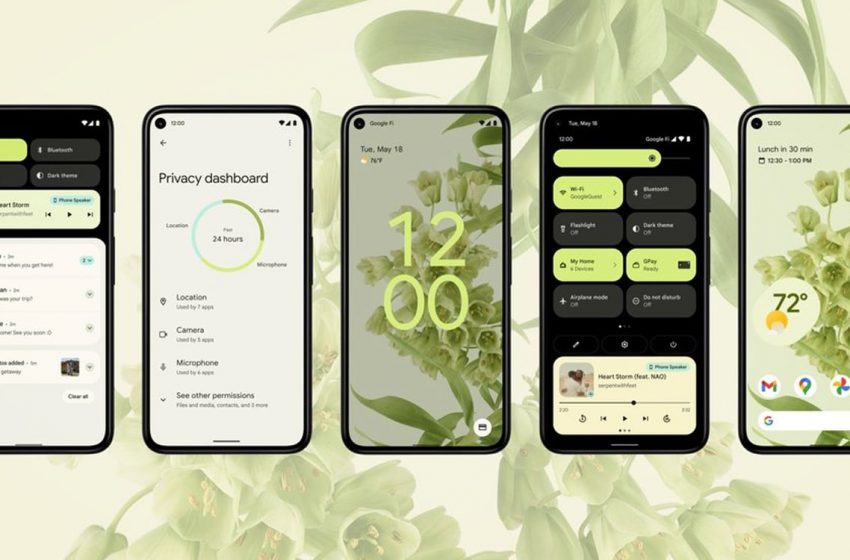 Gmail: Google is rolling out an update with Material You for Android 12

Google is rolling out a new update to the Gmail app. It is intended for those who have adopted the beta of Android 12. The main novelty of this application is the integration of Material You, the interface that Google presented at its last conference dedicated to developers.

Google introduced a new version of Android in May 2021. It wears the number 12. And it brings many new features. We have mentioned in our columns the new ergonomics of notifications; the arrival of a new menu for gamers (similar to what Oppo and Samsung offer, but not like Lenovo and Asus); updates that are deployed from the Play Store; permission to install applications from alternative stores; etc.

One of the most important new features of Android 12 is undoubtedly the new interface design. It’s called Material You. Material, because it is an extension of the Material Design that Google introduced with Android 5 Lollipop. And You, because the interface adapts to certain user preferences. Place an image as the wallpaper and the solid color of the notification area or the application drawer is automatically harmonized.

Gmail is the first Google app to adopt Material You

Material You will therefore be at the heart of the design language of Android 12, but also many applications. Indeed, Google asks (with a lot of insistence) developers to support the new Android interfaces. Material You is no exception. Obviously, Google must set a good example. All Google apps should adopt Material You. The proof this week with Gmail. 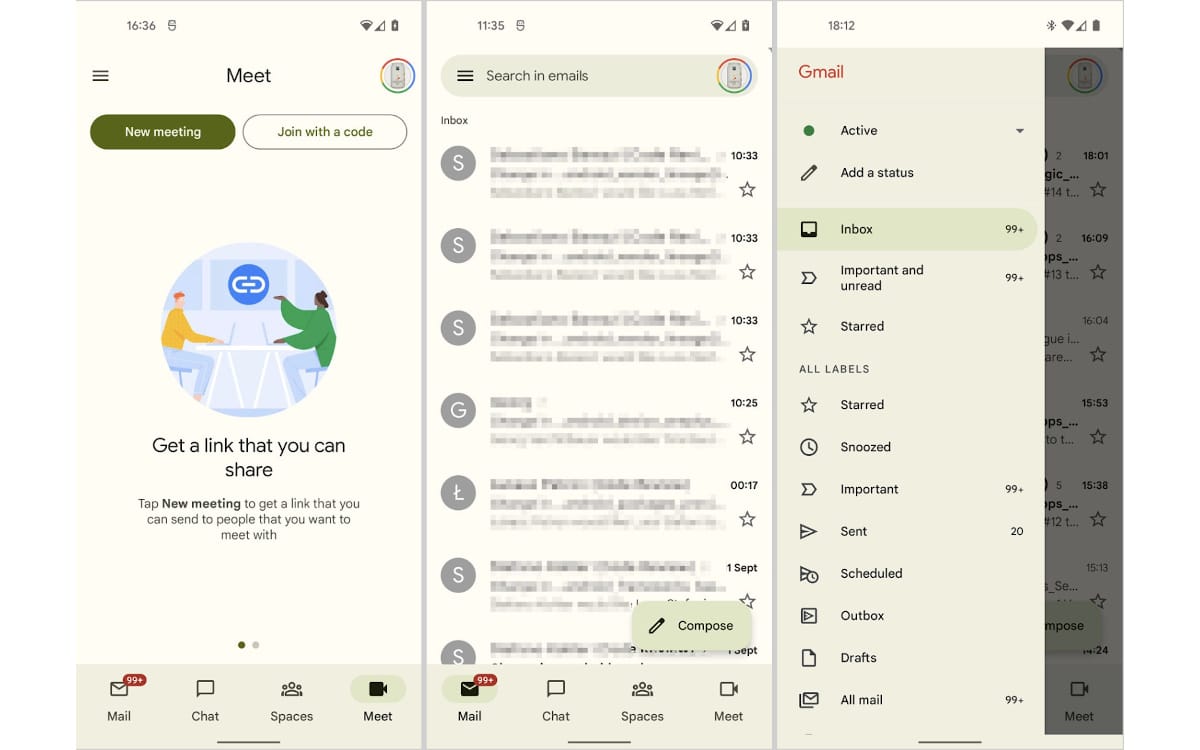 A forum user from XDA-Developers claims to have received an update for Android version 12 of the messaging app. In order to confirm the information, he shared several screenshots taken from a Pixel 5 on which is installed the fourth beta of the operating system. Please note that this update is not pushed to all beta users, even if the operating system is up to date.

The source of these images explains that, upon opening, the application immediately adopted a color palette associated with its wallpaper. Several elements can therefore dynamically change colors: the solid background, the navigation buttons, the search bar or even the settings menu. The same treatment should certainly be expected with all other Google applications: Search, Drive, Photos, Play, etc.