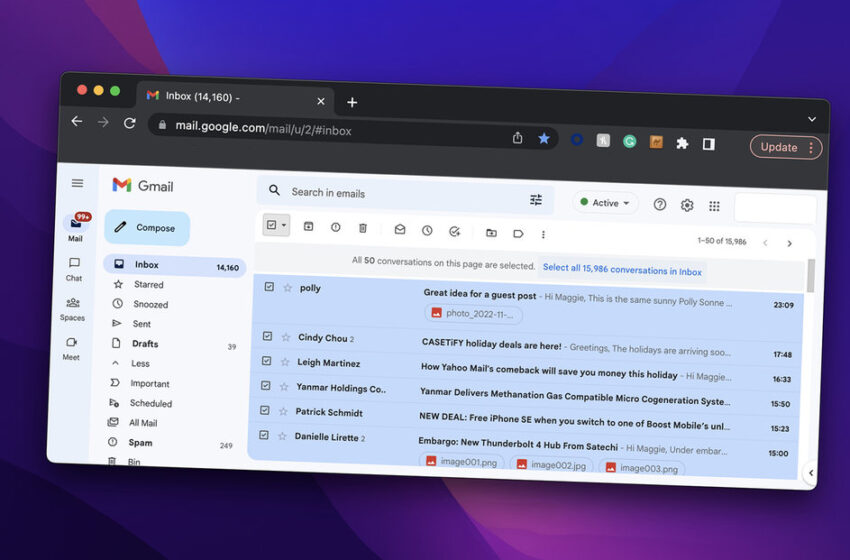 (Pocket-lint) – Google has announced that it’s improved Gmail search to make results more relevant than ever by taking more into account what you’ve already searched for.

Google confirmed this change through an update to the Workspace blog, stating that users will notice improved Gmail search when using the web interface. The company says that searching through Gmail on the web “now includes better search results based on your recent search activity in Gmail.” The result ? We can apparently expect Gmail’s search results to be better because they’re more relevant and contextual.

If that sounds familiar, that’s because the same feature was previously announced, although we’re still waiting for the mobile search improvements that were also promised.

The search update was announced alongside a host of other changes, including the ability to resize the side panel of a PivotTable, as well as new file sharing features Google Docs, Sheets and Slides in Google Meet chat. If this pivot table does not seem very important to you, it is because you have never had to manage long names in columns or fields.

“Now, if you’re presenting or joining a meeting from a file, you can easily share that file with meeting platforms through in-meeting chat,” Google explains.

These three updates should be rolling out to users across the internet and worldwide right now, so if you haven’t seen them yet, be on your toes. Google says these changes are “available to all Google Workspace and G Suite customers.”