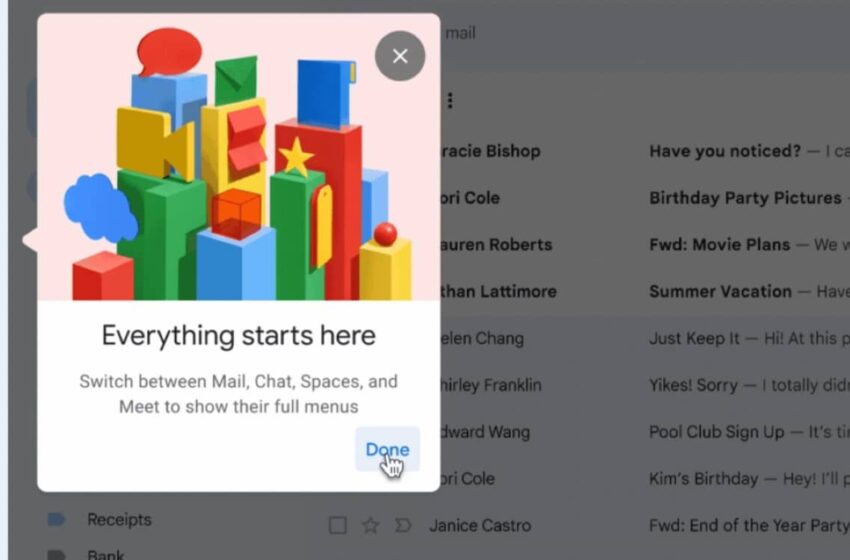 Gmail: the new interface will soon be imposed on all users, whether you like it or not

Those resistant to Gmail’s new Material You interface will have had a long reprieve, but they now have to make up their minds. The old version of Gmail will be scrapped. In the next few days, everyone will have to get used to the new Gmail, with no possibility of going back.

Last June, Google unveiled the new Gmail user interface that adopts Material You, a variation of Material Design, the set of rules that relate to Google products and give them a distinct appearance. Internet users are notoriously conservative. They do not like to be pushed around in their habits. Google had planned the coup, and gave the possibility to return to the old interface of Gmail. The company had however warned the refractory: this option would only be temporary. Willingly or unwillingly, it will be necessary to adopt the new version of Gmail.

After being postponed for several months, this fateful day will arrive, soon. Google has not revealed a date, we just know that the new version of Gmail “without the old interface” will be gradually deployed over the next two weeks. On its blog, the company wants to be reassuring. Even if Mail, Chat, Spaces and Meet benefit from a new interface, users will still be able to configure the mail client to their liking: the theme, like the organization of the mailbox, remains highly configurable through the Settings button and the Quick Setup menu.

The new Gmail interface will become mandatory, no way to go back to the old one

From now on, the Mail, Chat, Spaces, and Meet services are accessible from a vertical sidebar to the right of the screen. Depending on the application you are using, a sidebar is visible on the left. Other Google programs are accessible there: Calendar, Keep, Tasks or Contacts. A final button gives you access to the Google Workspace Marketplace. The latter allows you to download productivity extensions such as Zoom for Gmail or Dropbox or Slack for Gmail. 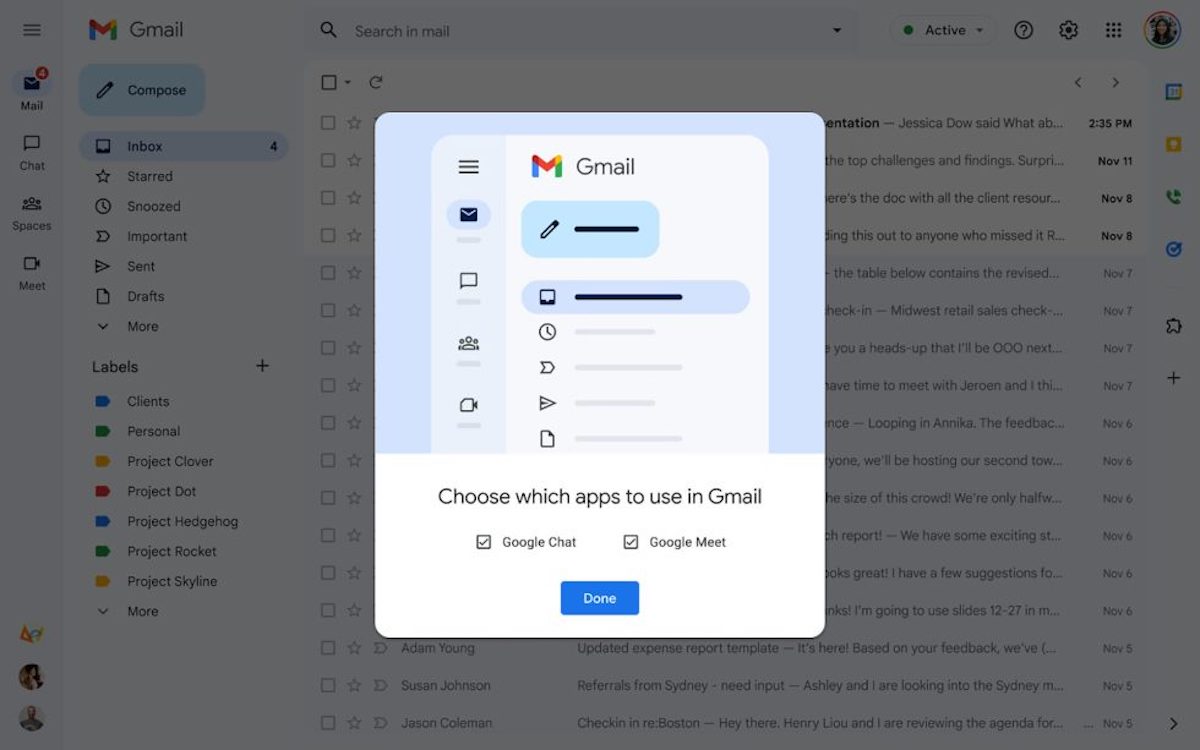 Nobody likes to change their habits, but we have to admit that the new interface of Gmail is more beautiful and more functional. The organization of the elements makes sense, and ergonomics is, as a whole, improved. Note that you must manually activate the Chat and Meet applications if you want them to appear in the new interface. Without this, the difference with the old version will be minimal, even at the risk of going unnoticed.