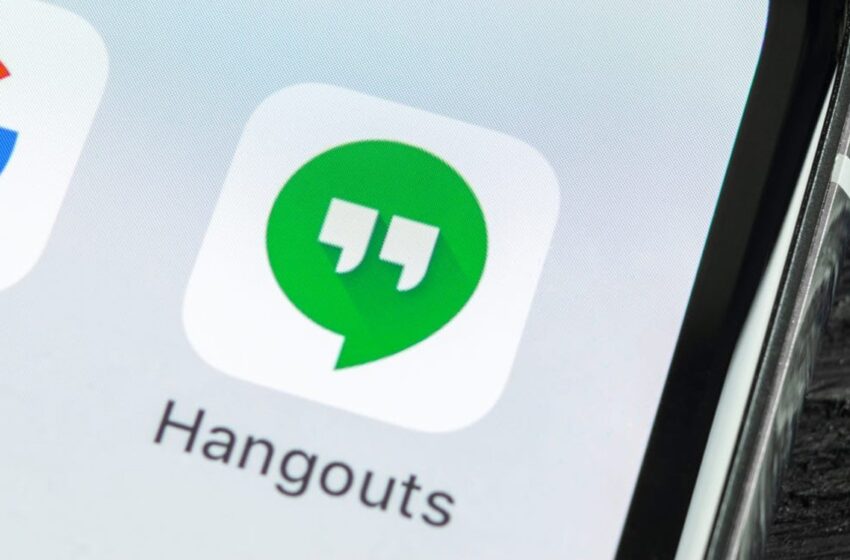 Google Hangouts: end clap for messaging, 10 years after its launch

As of yesterday, November 1, 2022, Google Hangouts is no longer available from the web. Users are urged to make the switch to Google Chat, the company’s new messaging service.

Google Hangouts, a text, video and voice chat application integrated into Gmail, is closing its doors for good today after 10 years of existence. As a reminder, Hangouts started out as a feature of the defunct Google+, codenamed “Babel”, before becoming a full-fledged app in 2013, when the company started importing features from its previous messaging apps, like Google Talk and Google+ Messenger. It has integrated SMS messaging and Google Voice into a single app.

As announced earlier this year, Google is moving users from Hangouts to Google Chat, the company’s business instant messaging app, which resembles Slack. Already last summer, Hangouts had slammed the door on Android and iOS, and the Hangouts Meet video conferencing service had also been replaced in 2020 by Google Meet. The shutdown of the web service is the latest step in removing the “Hangouts” brand, synonymous with Google’s failure in instant messaging, in the face of Facebook and WhatsApp.

Hangouts is finally shutting down on the web

According to the company, the permanent shutdown of Hangouts services will help provide a better messaging experience through Google Workspace. Google Chat will now be the default app, because the Hangouts app, browser extensions and other links will redirect to Google Chat.

Chat is supposed to be much closer to competing services such as Slack in terms of functionality, although it currently lacks many of the features that make most popular platforms so easy to use. For example, you can already set your status or react with emojis to other people’s messages, but Chat will not allow you to search documents like you can on Slack.

Users who want copies of their Hangouts data will be able to request a download link until January 1, 2023, when the data will be deleted. The company says it has already sent an email to affected users. So you should find all the information about it in your inbox.