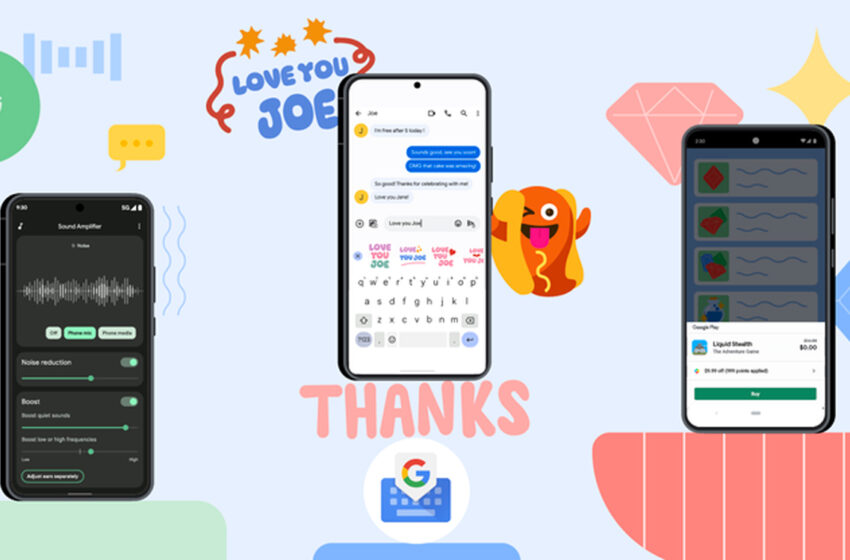 Google has just unveiled many improvements on Android, particularly concerning entertainment and accessibility. Regarding this important aspect, the Sound Amplifier app benefits from several welcome additions, as does the Lookout app, designed for people who are visually impaired or have blindness and low vision.

While Google has announced upcoming improvements to Google Assistant, the Mountain View company has just confirmed on its blog the integration of several new features on Android’s flagship features and apps.

These tweaks mainly concern entertainment and accessibility. Regarding this essential point, Google has announced a redesign of the Sound Amplifier app. Designed for the hearing impaired, this app amplifies and filters important sounds around the user.

With the update rolled out this Friday, June 2, 2022, Google is integrating better background noise reduction, not to mention a faster and more precise sound according to the words of the Tech giant. We must add to this a redesigned interface under Material You, the famous design of Android 12, for better visibility.

Of course, Lookout appdedicated to people who are visually impaired or suffer from low vision and blindness, also welcomes some new features. Images mode gets a makeover for example and now leverages Google’s latest machine learning model for image understanding.

In fact, the user can now hear the description of an image by simply opening it from any application (whether on Twitter or otherwise). Additionally, improvements to Text Mode, Documents Mode, Food Label Mode, and Explore Mode make Lookout more accurate in its descriptions.

As a reminder, the Text mode allows all texts captured via your camera. As for the Exploration mode, simply point the camera towards your environment so that it detects the elements that are there, such as objects or texts. Regarding the Food Label mode, it allows you to scan the barcode of food products to learn more about them.

Finally, and this is excellent news, Lookout now works offline. In fact, you no longer need to be constantly connected to a Wi-Fi network or via your mobile data to benefit from the services of the app.