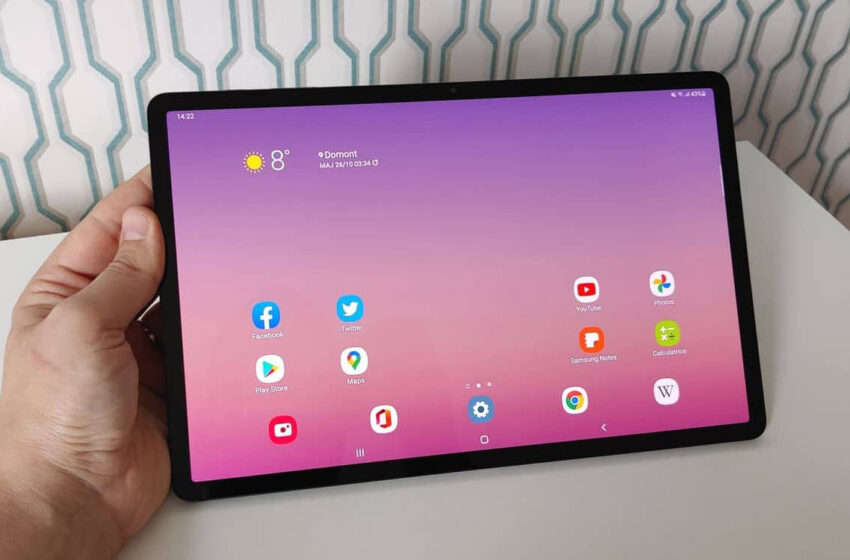 Google is preparing a Pixel tablet compatible with a stylus

Google is working on a new Android tablet. Several months before the release on the market, the slate has also appeared in a database. Obviously, it will be accompanied by a stylus.

Faced with the hegemony of the iPad, Google has gradually withdrawn from the tablet market. As early as 2019, the Mountain View giant announced the suspension of all work involving these touch slates. Google said it favored its range of smartphones and computers.

During Google I/O in May 2022, however, the company announced its imminent return to the tablet market. According to Google’s Rick Osterloh, the group plans to launch its Android tablet globally sometime next year. The firm does not lack ambition and wants this Pixel tablet to be ” the perfect companion for your Pixel phone “.

An Android tablet with stylus

A few weeks after this unexpected announcement, a Pixel tablet appeared in the Universal Stylus Initiative (USI) product list. This business alliance oversees and promotes the development of a universal communication standard for styluses. Google joined the consortium in 2018. It is therefore not surprising that the brand’s future tablet will be compatible with the USI standard.

The list of products certified by the USI is visible on the organization’s website. Among the terminals listed is a Google-signed terminal. The device is presented as a tablet whose the code name is Tangor. It is a citrus fruit obtained from the crossing of several fruits.

The appearance of the tablet in the directory confirms the presence of a stylus on the future tablet. Moreover, the leak does not shed more light on the design or the technical sheet of the touch slate. Google has already shared a handful of information about the tablet. The group assured in particular that the accessory will be powered by a Tensor SoC. It should be a chipset very close to the Pixel 6 chip.

It is surprising that the tablet is already appearing in the USI database given that the release is not expected until next year. The listing suggests that Google has already completed development of the accessory.