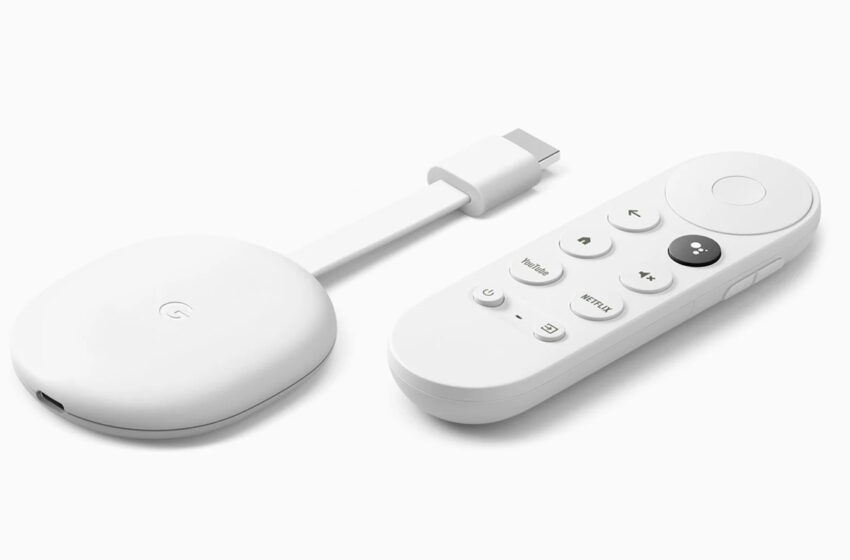 Google launches a new Chromecast Google TV: your content in Full HD and HDR from €39.99

Google is launching a brand new Chromecast with Google TV on September 22. Unlike the top-of-the-range model inaugurated in September 2022, this version only allows you to enjoy your favorite content in Full HD HDR and 60 Hz. By extension, the price is softened: €39.99 instead of €69.99 €.

In early September 2022, rumors suggested the imminent arrival of a new Chromecast with Google TV sold for less than €40. With this new version, Google’s objective would be to offer a less expensive alternative to the Chromecast launched in September 2020. This device, displayed at €69.99, offered a new design and above all made it possible to enjoy this content in 4K HDR 60 FPS.

However, Google has just put an end to the suspense by announcing this Thursday, September 22, 2022 the launch of this new entry-level Chromecast. Available today on the manufacturer’s official store as well as at partner resellers at the price of €39.99this Chromecast with Google TV is for “turn any TV into a smart TV, allowing users to optimize their streaming experience and control their connected devices from their TV”.

As said above, the main difference with the high-end model lies in the maximum definition offered by this Chromecast. Here no 4K HDR in 60 Hz, but only Full HD HDR at 60 Hz. Apart from this subtlety, we find all the advantages offered by the new Chromecast formula with Google TV.

Via the new Google TV interface, users will be able to directly access more 6500 apps “and hundreds of thousands of films and series organized by genre and adapted to their taste” such as Disney+, Netflix, YouTube or even Amazon Prime Video and Apple TV+. It is also possible to access your Stadia games without downloading, provided you subscribe to the cloud gaming service of course.

Without surprise, this Chromecast also benefits from Google Assistant integration. Via the microphone present in the supplied remote control, the user can control his TV and his applications by voice. In addition, it is possible to control all of your connected devices compatible with your Chromecast and the Google Assistant.

The user can, for example, display the flow of his Nest Cam on your television, manage his lights or his connected thermostat, broadcast music in multiroom audio on all the connected speakers in the house, or even launch a slideshow of photos. stored in Google Photos on their TV. Note that unlike the 4K model, the Chromecast with Google TV in HD is available in only one color: White.