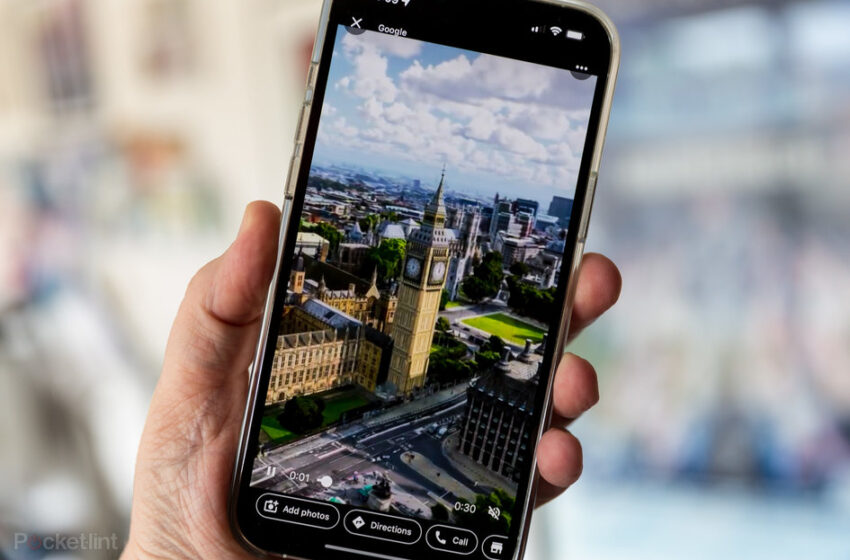 Google Maps immersive 3D view is being rolled out for select landmarks.

(Pocket-lint) – Google has started rolling out the promised ‘Immersive View’ feature in its Maps app for Android and iOS, which lets you fly over certain points of interest in a few major cities in 3D.

First announced at Google I/O in May, the mode will expand over time. However, to give you a taste of what it will offer, you can see a rendered video clip of searching around 100 landmarks in London, New York, Barcelona, ​​San Francisco and Tokyo.

Eventually, the app will expand to feature AI-generated views of restaurants and other popular locations, to give you a better understanding of an area before you travel.

For example, we searched for the “Tower of London” and “Big Ben”, and we were treated to clips in immersive view of both (well, of the Elizabeth Tower in the case of the second, because Big Ben is in fact the name of the bell inside).

Other sites you can visit include Alcatraz and the Empire State Building.

Google’s flyover footage isn’t always completely accurate – we saw a few wonky parts of the Palace of Westminster – but as it’s been auto-generated using Street View and satellite imagery, it’s no less impressive.

You can check it out for yourself by entering the name of a landmark in the Google Maps search bar and tapping on the video that appears in front of the photos at the bottom of the screen.