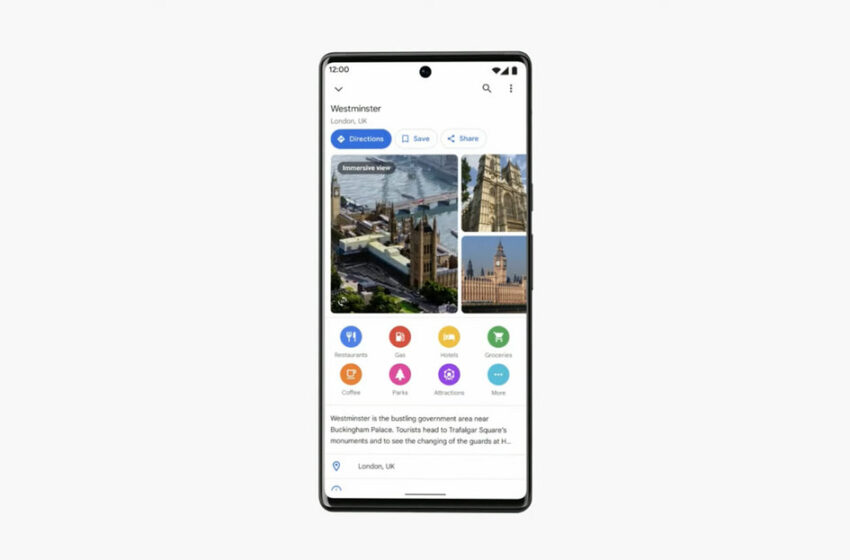 The immersive view brings cities to life, with rich and detailed 3D graphics that you can move around and get a better sense of your surroundings.

It uses artificial intelligence and the large amount of Street View imagery from Google’s library to build a rich three-dimensional model of the area.

The new feature will first launch for select cities, including London, which was showcased at the Google I/O conference on Wednesday. You’ll be able to spot places before visiting them in a more intuitive way than Street View itself.

The Immersive View feature is expected to arrive in Google Maps on Android and iOS in the second half of 2022.