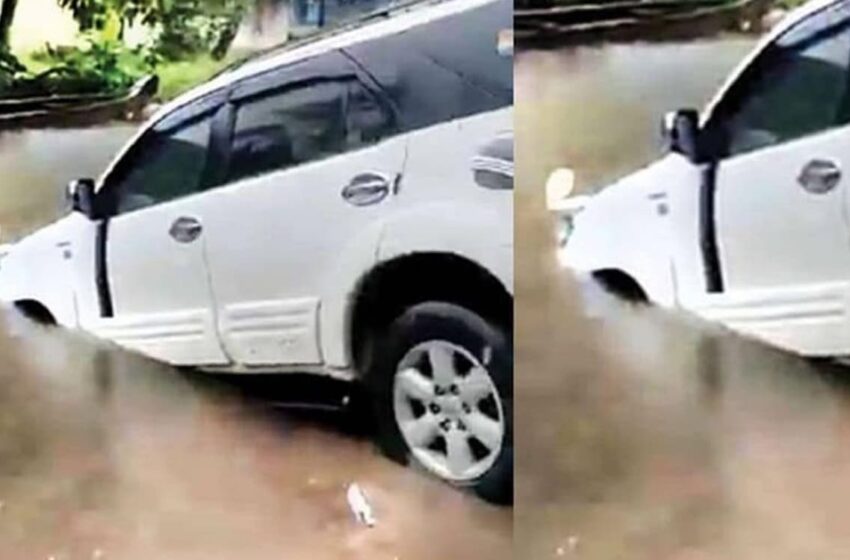 Google Maps rushed a car into a stream, the GPS took the wrong route!

Google Maps drove a car through a stream in India. By following the instructions of the GPS, a driver indeed threw his whole family into a stream. Apparently, the mapping application took the wrong route.

This Thursday, May 19, 2022, a family went on an excursion to Kerala, India, in a Toyota Fortuner car. On their way to the town of Alappuzha, they activated Google Maps for directions, reports Cartoq. During part of the journey, the essential Google GPS application allowed the little family not to take the wrong road.

When the family arrived in Kuruppanthara Kadavu, a small village, Google Maps advised the driver to continue the road going straight. Serious mistake. By scrupulously following the indications of the GPS, the motorist threw his car, and his whole family, into a stream.

Google Maps crashed, the car ended up in the water

Seeing the vehicle heading straight for the stream, the residents shouted to warn the driver. In vain. Fortunately, the family managed to get out of the passenger compartment of the car before she sinks into the water. No member of the group was injured in the incident.

With the help of villagers, the driver tried to pull the Toyota Fortuner, a massive off-road SUV, out of the mud. Without success. The man resolved to call a tow truck. To avoid other accidents of this ilk, the villagers have installed a chain a few meters in front of the stream.

We imagine that maps from google maps of the place were not up to date. This is not the first time that Google Maps’ GPS has suffered a bug. Between 2014 and 2017, a malfunction systematically sent hundreds of tourists visiting Australia’s Blue Mountains to a small village thirty minutes away.

According to the John Muir Trust association, which specializes in the safeguarding and monitoring of Scottish mountains, the application also represents a danger for hikers. Google’s GPS apparently points out dangerous and potentially deadly paths to walkers. Have you ever encountered a similar problem with Google Maps? We are waiting for your testimony in the comments.