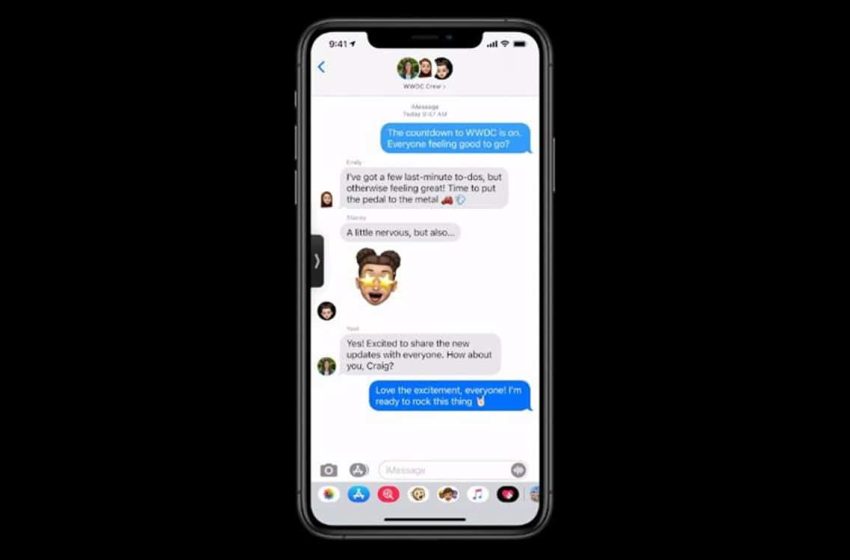 Google Messages displays the reactions of your callers who use iMessage in text form. Soon, the application of the Mountain View firm could try to get around this problem by transforming the texts into emojis, which would be more natural.

Google Messages would prepare an update for facilitate interactions between those who use Android and those who are on iMessage. The latter can react to messages using reactions, which is not possible on the Google application.

So in mixed groups, those using iMessage react to messages with built-in emojis (as is done on many messaging apps). Those on Google Messages don’t see than a reaction in the form of text (“X liked your post”), which can be annoying. The 9to5Google site analyzed the latest Google Messages update and while searching the code for it, came across something very interesting. Indeed, this version 10.7 specifies that it will display the reactions in the form of emojis.

In theory, this would therefore mean the disappearance of reactions in the form of text. They will simply be replaced by emojis integrated into the conversation. Granted, they still won’t show up as a little emoji embedded in the base text, but that’s already a step forward. We do not know how this will actually work in practice, especially in conversations where messages are linked. Will emojis appear in the conversation when they are posted, or will they automatically be placed under the intended message, even if others have been posted afterwards?

9to5Google spotted another new feature: reminder of birthdays. Here again, the operation is nebulous. For example, we can assume that in a conversation, a visual reminder will appear to encourage you to wish your interlocutor a birthday, like a small animation.

At the moment, these new features are not rolled out yet, but you know, things move fast in the world of tech. We should be able to access these features in a few weeks, if not days at best. In any case, this should facilitate communication between followers of Google Messages and iMessage.