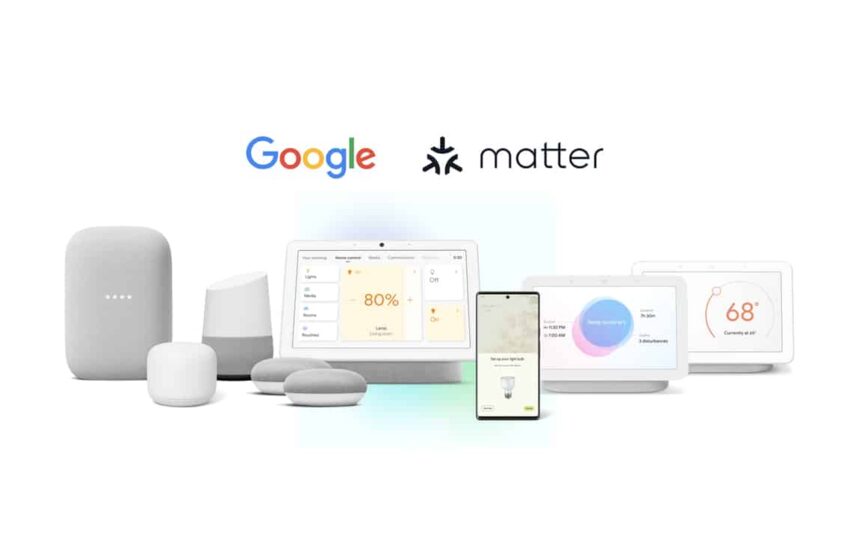 Today, Google is rolling out the Matter protocol to the first devices in its Nest ecosystem. In total, eight of them are now compatible with the new standard which promises to revolutionize home automation in the coming years. The Mountain View company plans to add other devices in 2023.

We’ve been talking to you about Matter for some time. And for good reason: the new home automation standard promises to simply revolutionize our connected devices and, in fact, our homes that they control. And the project is progressing rapidly, since it is essential today on the first devices. While Apple was early on with its iOS 16.1 update, Google has been rushing to catch up. A successful bet, since eight of these home automation devices are now compatible with the protocol.

Unsurprisingly, Google gave priority to its most popular devices, as well as the newest on the market. Starting today, all Matter-enabled accessories can be controlled from one of the following Google Nest devices:

Related: The Google Nest Wifi Pro would be much more expensive than the old model

It is therefore a strong entry that Google is making within the Matter ecosystem. Especially since the firm does not intend to stop there, since it plans to add new devices to the list from the year 2023, in particular Nest thermostats or even Nest WiFi terminals. All these connected objects can be controlled from the Google Home application on Android, and soon on iOS.

As a reminder, Matter aims to simplify the installation and configuration of connected devices. For this, the protocol will allow a greater number of devices to be compatible with a single standard, even when they are manufactured by different manufacturers. In fact, it will be much easier to build a smart interior. The year 2023 should see Matter establish itself globally in the world of home automation.