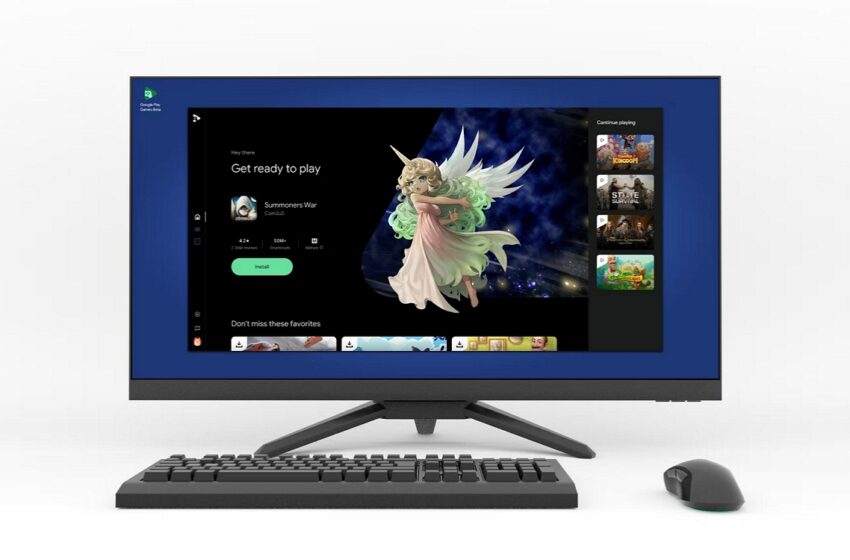 Google’s Android Developers blog announced the launch of a new beta version of a platform that will allow users to play their Android games on PC.

At last year’s Game Awards ceremony, Google announced plans to bring Google Play Games to PC, allowing gamers to enjoy top mobile titles on their personal computer. Beta testing of the app was launched in South Korea and other parts of Asia earlier this year, but the company now announces that the beta test of Google Play Games for PC has been extended to other regions.

The test gives participants access to nearly 85 different mobile games, including State of Survival, Cookie Run: Kingdom, Asphalt 9: Legends and Summoners War. ” We’re excited to expand our platform to more markets so gamers can enjoy their favorite games on Google Play. said Arjun Dayal, director of Google Play Games. ” As we move towards a full release, we will continue to add new features and evaluate developer and player feedback “.

For now, the beta is available for download in the United States, Canada, Mexico, Brazil, Indonesia, Malaysia, Singapore, and the Philippines. We do not know exactly when it will be available in France.

Anyway, in the above regions, gamers will be able to enjoy a carefully selected range of Android games through their desktop PC or laptop and enjoy a bigger screen and optimized graphics. Gamepad support, including mouse and keyboard, is also planned to improve the experience.

However, the main selling point is the ability to synchronize game saves between PC and mobile, meaning you can play on the go and resume your progress when you return to your PC.

If you want to try playing games in the beta, you’re going to need, at a minimum, a computer with Windows 10, an SSD with at least 10 GB of free space, 8 GB of RAM, an Intel UHD Graphics 630 GPU or something equivalent, a CPU with four physical cores, administrator account access on Windows, and hardware virtualization enabled in settings.