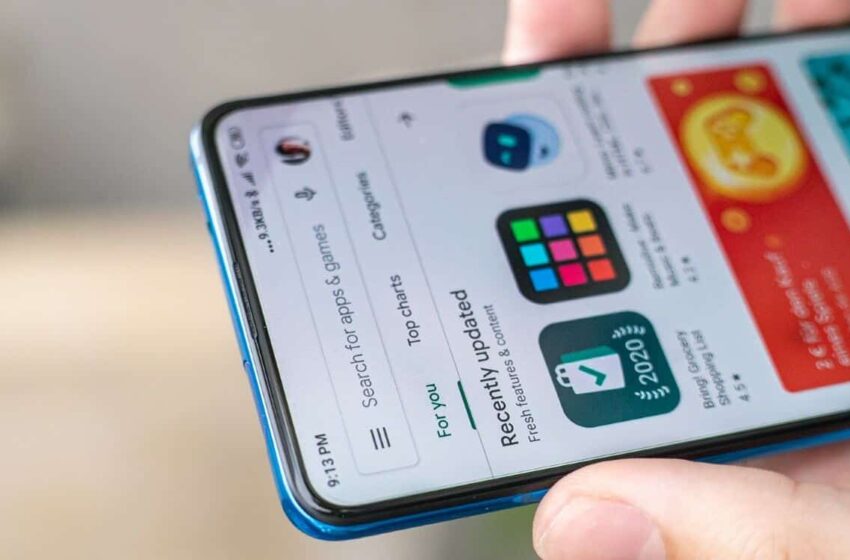 Google is starting to show sponsored games in the Play Store search bar results. This may be a temporary campaign.

Search by image in one click in Google Search, banishment of false applications, Alphabet does not stop improving its products. The design of the Play Store is one of the most changeable of the company, and for good reason, it is the obligatory point of passage for all users of Android smartphones. It is not surprising, therefore, that the Mountain View giant is trying experiments there.

To read – The best alternatives to the Google Play Store

9To5 Google discovered a Google Play rework Store implemented by Alphabet in the November system update. Opening the Play Store to view the download history (accessible by tapping on the top search bar), the reporter expected to see his four most recent queries. Rather, he found that Google ‘pushed’ four unknown appsgames in this case (Summoners War: Chronicles, Call of Duty Mobile Season 10, and Fishdom Solitaire), at the top of the search results.

These products disappear as soon as one enters the first terms of a search, so one cannot say that this advertisement is intrusive in itself. However, it deprives us of displaying the four most recent search results at first glance, which might bother some users. Are the games and apps shown in these ads promoted because they are popular? Did their publishers pay for them to feature so prominently? No information has officially leaked regarding the new policy.

Google’s blog may be telling us the end of the story. The company has launched a new beta service, Google Play Games. It is a PC application that allows accessing, downloading and playing certain mobile games. from a computer running Windows. It will thus be possible to have fun with Android games on PC with the keyboard and mouse. Summoner’s War: Chronicles is just part of the list of games already usable. If Google has said goodbye to Stadia, its streaming video game service, the company has not abandoned the idea of ​​being a major player in the industry, even if it means partnering with Microsoft.