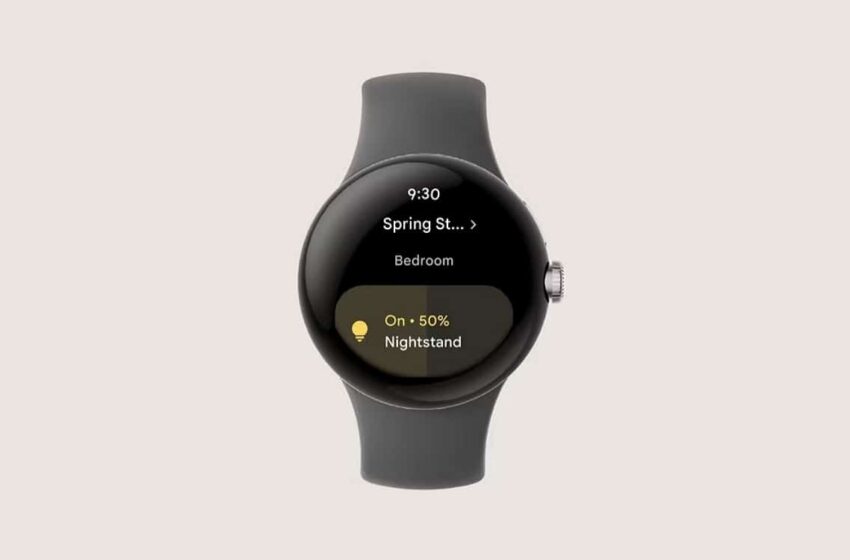 Google simplifies its Home app on smartwatches with Wear OS 3

The Google Home app is often the heart of your smart home, but it’s not always convenient to use on a smartphone. Google has therefore updated the version for connected watches under Wear OS to simplify the management of your home.

Last October, Google announced a Public Preview version of its Google Home app for Wear OS smartwatches. The app was only compatible with Wear OS 3 smartwatches, and sorely lacking in features. This is no longer the case, because Google has finally updated its app.

The two main aspects of this update are “speed and performance improvements” and easier navigation. Google Home for Wear OS notably gets a new list view that simplifies access to its devices“ if you have 10 devices or less “, according to Google.

Google is rolling out new features to Google Home for smartwatches

Now, the new Google Home app on Wear OS 3 (version 2.62.7.5) offers a home screen that directly displays a list of rooms with the different devices that are in each one. Turning on your connected lights should therefore be faster than ever, especially since it is now possible to open the app directly from quick settings.

Google also notes that you will now be able to ” control devices that are linked to you and not yet assigned to a specific household “, without further details. We specify once again that this update should only be accessible on watches under Wear OS 3, including the Google Watch or the Galaxy Watch 5.

Unfortunately, these changes only seem to affect users who don’t have a lot of devices in their homes. Those with more than 10 devices should therefore continue to see a list of rooms, which they will have to select one by one to see the connected devices and control them. This way of working is therefore not the most efficient, and therefore often pushes Google fans to use their voice to turn on their devices rather than manually navigating through the application.