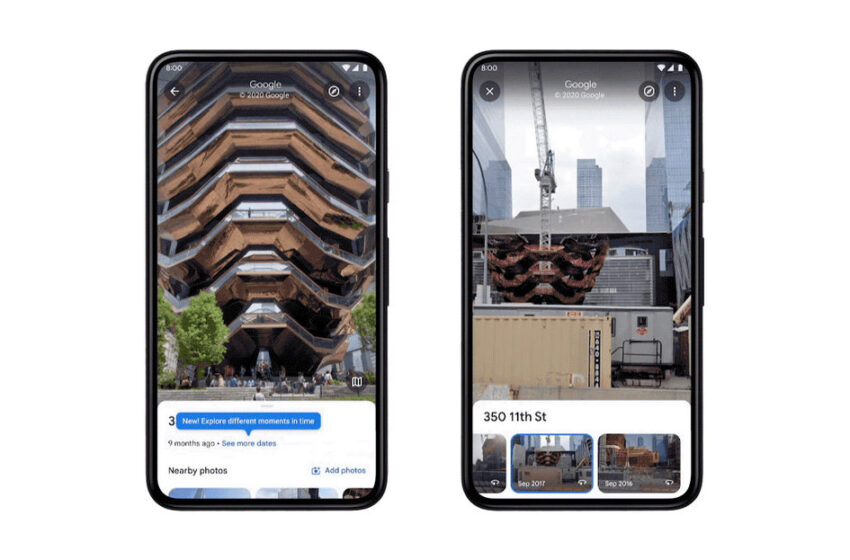 (Pocket-lint) – As well as showing you images of what different places look like today, Google Street View can now show you what they looked like in the past.

A timeline has been added to Street View in the Google Maps app for Android and iOS.

When you look at a location’s Street View image, you’ll see a new “see more dates” link. Click on it and you will be able to see different images taken by Street View vehicles over the last 15 years.

You can see new buildings being built, for example, or a main street changing over time, with different brands of stores coming and going.

This new feature was added as part of Google’s celebrations of Street View’s 15th anniversary.

The app launched on May 24, 2007 with a handful of locations covered, in San Francisco, New York, Las Vegas, Miami and Denver. Today, you can travel to more than 100 countries and territories around the world and see sites you might not be able to visit, like the Eiffel Tower in Paris and Burj Khalifa in the United Arab Emirates.

There are plans to add many more unique and remote locations in the future, with a new Street View camera set to roll out in 2023.