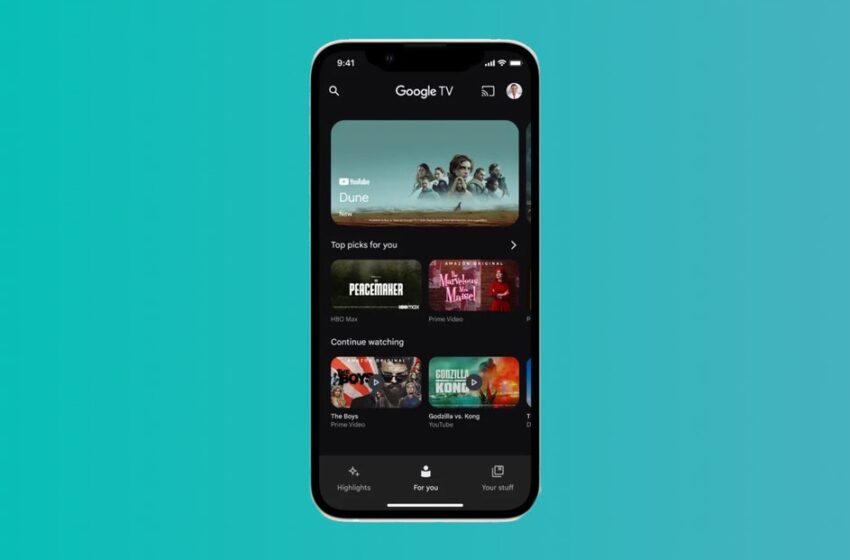 The entertainment app, which collects content recommendations from streaming services and lets you easily build a universal watchlist, will replace the old Google Play Movies and TV app in Apple’s App Store. In other words, if you already have Google Play Movies and TV installed, you should have the Google TV experience by the end of June 1, 2022.

Some major streaming services don’t support Google TV’s ability to aggregate and show recommendations, including Netflix. But the Google TV app for iOS devices will still let you rate what you’ve watched previously, and you can use the app as a remote control for Android TV or Chromecast with Google TV devices. It will also contain your library of rentals and purchases from Google, which you can access from the “Your stuff” tab. Google’s Highlights tab is a personalized daily feed of news, reviews, and entertainment.

Remember that Google recently added individual user profiles to the Google TV experience. It could also be that fitness features are in the works for its TV platform.

The Google TV app is also available for Android phone users. The Google Play Movies and TV app was updated on September 30, 2020 and rebranded as the “Google TV app”. It also lets you find something to watch, buy or rent movies and TV shows, and manage your watch list.

To learn more about Google TV and how it works, check out Pocket-lint’s guide here.