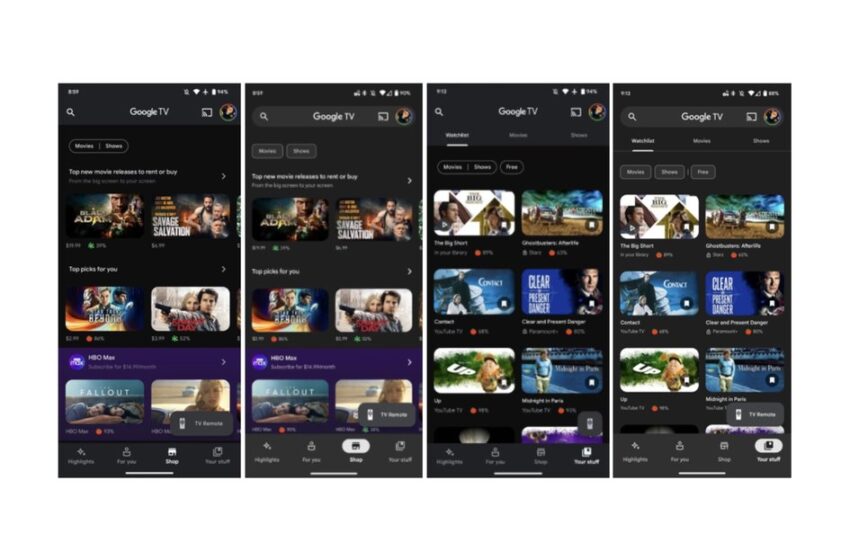 Google TV gets a big design refresh on Android

(Pocket-lint) – The Google TV app on Android has a new look, with a Material You refresh rolling out to users of the app on Google’s own platform.

This new look results in a few changes to the Google TV app, including a large search bar that now sits at the top of the screen. It replaces the small search button that you could press in the old version of Google TV. The search bar also houses the cast and switch account buttons.

At the bottom of the screen, Google has also changed the tabs, adding a pill-shaped design to the four tabs when selected. The previous design gave the active tab a slightly brighter color, but now it’s much easier to see which tab you’re on at any given time.

A more subtle change is the appearance of a new lighter colored background, less black and closer to dark gray, creating a deeper look. It’s definitely more visually appealing and makes it easier to differentiate background elements from the app itself.

However, it seems that not everyone has access to the new application yet. It looks like the change is still rolling out and is being done server-side rather than in-app, so it’ll be a bit of a wait before it’s available on your devices.