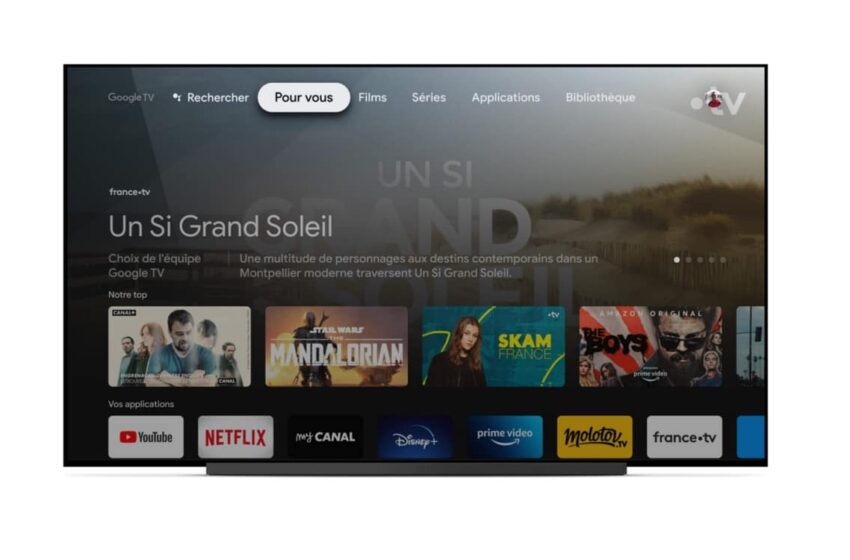 Google has just rolled out an update for its Google TV smart TV platform, which should hopefully make the interface slow issues go away. The American giant promises to work on making its operating system faster.

Over the next few months, Google TV users will start to see changes to the way their TV operating system works, including quite a big change that has already started rolling out. Since its launch a few years ago, the Google TV operating system has been strongly criticized by users for its slowness, but Google will finally correct the situation.

According to a post on its support forums on Monday, the company has been working onimproved startup timegeneral performance and number of storage management options on third-party TVs as well as its Chromecast with Google TV. The company is also known to be planning to automatically sign you in to all your streaming services soon.

According to Google, the new update will include optimization of your TV’s processor and cache management improvements that should reduce Google TV home screen loading time on startup. It will also improve navigation to speed up scrolling within a tab and switching between tabs, in order to decrease the duration of loading animations.

When it comes to child profiles, Google has also made some changes, including optimizing caching to reduce the time it takes to switch to child profiles and start browsing content. Additionally, the latency between loading a child profile and starting an app has been eliminated, according to Google.

This new version also includes a new menu ” Free up storage which allows you to close unnecessary applications and content, which should help optimize performance. Google has started rolling out the above improvements to users. If you don’t see them right away, it might take a few days for them to arrive on your devices. In the meantime, we remind you that your Google TV televisions could soon allow you to play sports at home by connecting to your watches under Wear OS.