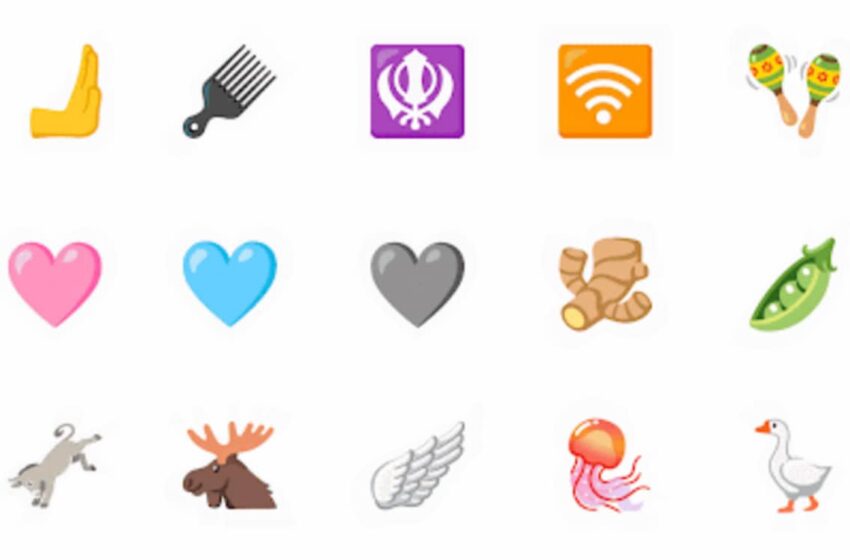 Google has just presented a preview of the new generation of Unicode 15.0 emojis which is supposed to land on your Android smartphones via the December updates. On the program, new emojis, more customization options, and the launch of several animated emojis, a first.

Each year, the Unicode Consortium and Google unveil the new generation of emojis and new features brought to the standard. And precisely, the Mountain View firm has just presented a preview of Unicode 15.0. So, what does this new promotion have in store for us?

Of course, new emojis will make their arrival on the Google and Android ecosystem. In total, 20 new emojisfor a total that now reaches the 3,664 different characters. We find in particular nnew pink, blue and gray hearts, without forgetting several animals like the goose and the donkey. And for those who want to spice up their conversation, you can use the trembling aiming emoji or those of the hands pushing to the right or to the left. Here is the full list of new emojis in detail:

Also read: Gboard – the Google keyboard can guess your emojis before you do

We must add to this 11 additional emojis, which are actually versions of the “Hand pushing right” and “hand pushing left” emojis with different skin colors. On the other hand, and this is the main novelty of Unicode 15.0, Google will offer animated emojis available in open-source.

“While emojis today are almost unrecognizable from what they were in the late 90s, there are some things I miss about Japan’s original emoji sets. Especially the animation. Just as the tongue doesn’t stand still, neither do emojis. Say hello to our first set of animated emojis!”, said Google.

Finally, note that Google emojis now use a new font format called COLRv1. To sum up, this above all facilitates the customization of emojis, in particular to change the colors. To change the colors of an emoji at will, simply go via the Gboard keyboard and use the Emoji Kitchen tool. As a reminder, this feature launched in February 2020 allows you to create your own emojis on Android.