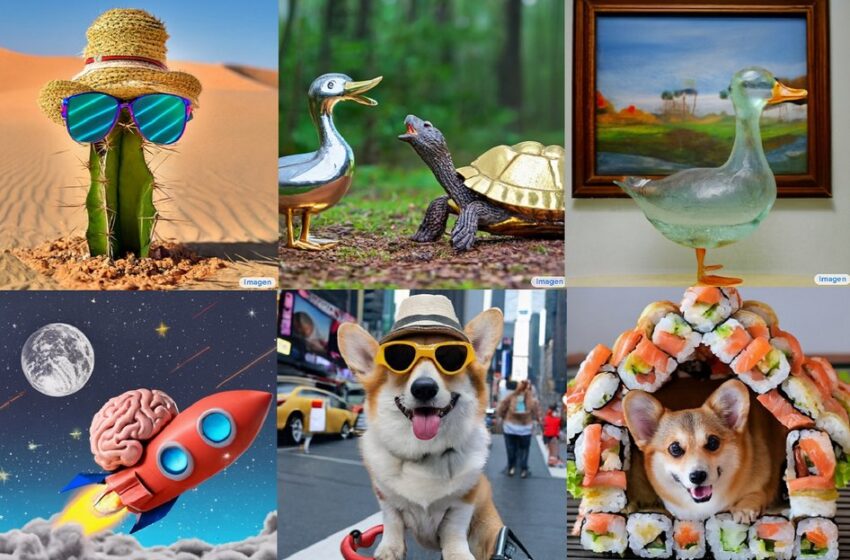 (Pocket-lint) – Google has developed an artificial intelligence capable of creating images from simple text input. Imagen, as it is called, is supposed to outperform the competition with ease by creating realistic artwork from the user’s words.

We have seen technologies like this before, where Generative Adversarial Networks and AI like VQ-GAN+CLIP, Latent Diffusion Models and DALL-E 2 can be used to create interesting images.

Indeed, we have already used AI to create intriguing portraits of people. But Imagen promises an “unprecedented degree of photorealism and a deep level of language understanding”.

Imagen comes from the “brain” team of Google Research. According to this team, Imagen works so well because of a breakthrough in the training model, which helps improve performance by increasing the scale of the language model. It’s still early days, but Imagen could represent an interesting vision of the future, where AI could be used to create images instead of Photoshop.

Although not yet available to the public, Imagen has been used to create some pretty impressive images.

As you’ll see in these images, Google’s AI is capable of creating funny and bizarre images with just a few words.

This one was created using the phrase:

“A photo of a raccoon wearing an astronaut helmet, looking out the window at night.”

He’s a happy puppy. Looking at some of these images, it’s hard to believe they were created by AI rather than real photography and a bit of Photoshop.

However, this one was created from the text: “A cute corgi lives in a house made of sushi.”

A corgi in Times Square

Imagen can apparently create detailed images by understanding the requirements of the language and the multiple elements you ask it to include.

Ask “A picture of a Corgi dog riding a bike in Times Square. He’s wearing sunglasses and a beach hat” and that’s what you get.

Some of the AI-created images are obviously a bit more obscure and abstract than others, but they’re no less impressive considering the demands of the user.

Here, one of the researchers had requested an image depicting “a brain on a spaceship heading for the moon.”

Besides the abstract, Imagen can produce believable and realistic photos of real-world objects and events.

Here, a request for three glass balls splashing in water near a sunset has been faithfully realized.

We’re impressed with the range of art this AI can create. It’s not just about animals or portraits of people, but about a whole range of things.

“A transparent sculpture of a duck made of glass. The sculpture is in front of a painting of a landscape.”

This one may look more like a classic stock image than an AI photo, but it’s still the result of what was asked.

“Germs in the shape of the text ‘Imagen’ coming out of a book of fairy tales”.

This one has a real dystopian vibe. The AI ​​created an image appearing to show a flooded art gallery seen by robots.

If you’re in the desert, it’s best to try to stay cool. This cactus certainly achieves that.

“A little cactus wearing a straw hat and neon sunglasses in the Sahara desert.”

Here, the AI ​​has apparently created an image of a bird that looks severely disappointed that you dare to ogle its macaroons.

It’s as weird and wonderful as things can get.

“A chrome duck with a gold beak arguing with an angry turtle in a forest.”

These robots look like they’re having a romantic time drinking wine in front of the Eiffel Tower.

We love that having been instructed to show a couple of robots a fine meal, the AI ​​chose to offer them two drinks each.

Imagine having an AI that you can use to create any image you want with a short sentence. What would you do ?

“An alien octopus floats through a portal while reading a newspaper.”