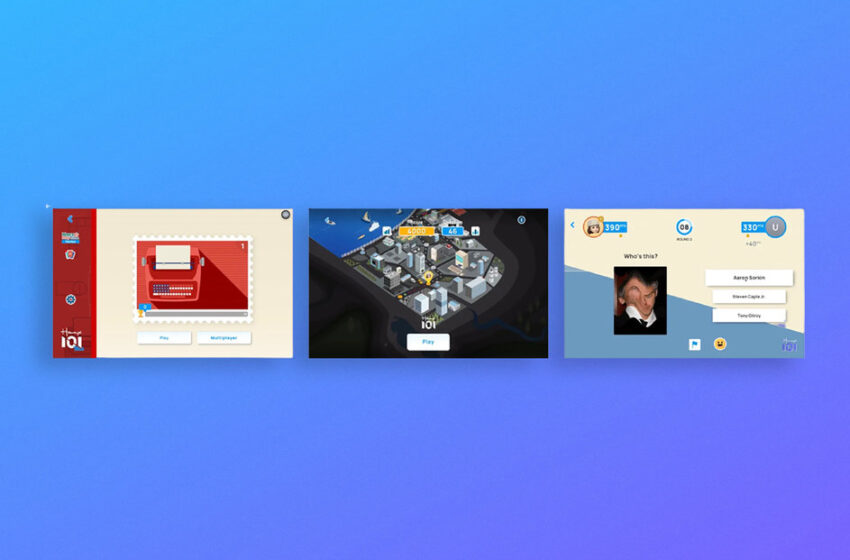 Hanx 101 Trivia is a question and answer game by Tom Hanks for Apple Arcade.

Hanx 101 Trivia was developed by indie game studio BlueLine Studios and lets you test your knowledge across a variety of categories and game modes.

The game, which launches Friday, September 2, 2022, is narrated by Hanks and features an initial set of some 58,000 questions. Categories include history, science, geography, food, art, business, and technology, and the goal is to become the ultimate trivia master. “Play, learn, compete, and become a trivia master with ‘Hanx 101 Trivia,’ created and developed in partnership with actor and filmmaker Tom Hanks,” Apple said when announcing the game.

Mr. Hanks is a quiz enthusiast and has been busy creating this new game, which will launch exclusively on Apple’s Arcade subscription service. (Watch Hanks guest star in Stephen Colbert’s “Big Questions With Even Bigger Stars” segment. It’s the Oscar-winning actor, producer and director’s first game, though he did create a typewriter app in 2014 called Hanx Writer (He is also a collector of typewriters, owning over 250).

Apple Arcade launched in September 2019 and now includes over 200 titles, which are available without ads or in-app purchases. Arcade costs $4.99 per month (or $49.99 per year) in the US. Subscribers can play Hanx 101 Trivia through their Apple Arcade subscription on iPhones, iPads, Macs, and Apple TV devices. The game allows you to play solo or in head-to-head competitive mode. You can also partner up to participate in contests.