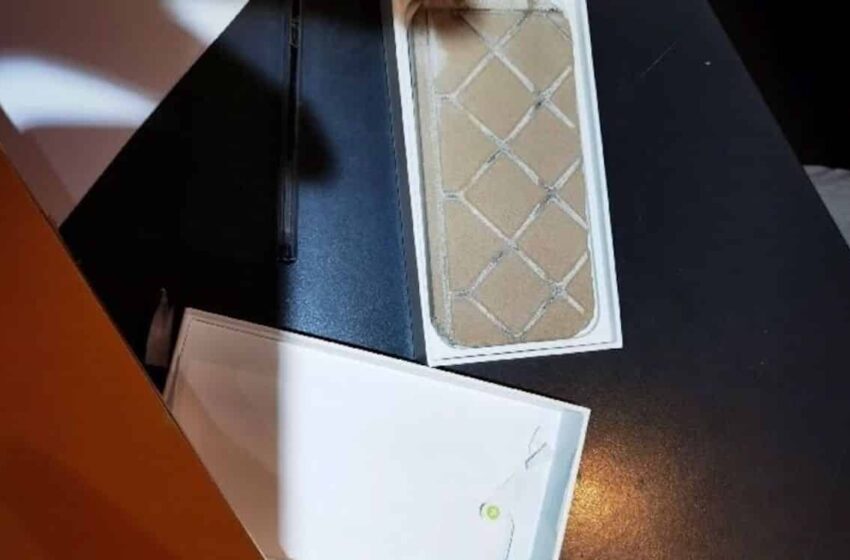 A man had the very unpleasant surprise of discovering a piece of tiling in the box of his iPhone 13. Problem, it was brand new, still sealed and came directly from Fnac.

In the news category of the day, here is the unluckiest man of the week. After buying a iPhone 13 brand new at Fnac in the Parly 2 center in the Yvelines, a man had the bad surprise to discover thatno iPhone 13 was in the box that was supposed to house it. Instead, proudly sat a large piece of tiling, the perfect dimensions of the box that served as protection for the iPhone 13. If the scene has everything of a good big and bad joke, this one is unfortunately perfectly real.

The man in question had bought the iPhone for 859 euros and he intended to give it to his wife. The iPhone box was even perfectly sealed with two adhesive strips. “I was in all my states, I wondered if they were going to believe me at Fnac” explained to a local newspaper the unfortunate boy. He then returned to the store the same day to report to Fnac the scam of which he had been the victim.

Read also: Payment terminal scams are on the rise, beware of the scam

A man finds a piece of tile where his iPhone 13

Behind this hard-to-believe news item, there is in reality a scam unfortunately well known to shops. When the man returned to return the box of the iPhone 13 and its piece of tiling, Fnac quickly made the connection with another customer who had come the same morning to return an iPhone 13 that he had paid for in cash.

He then demanded a refund from Fnac. In reality, this malicious customer had managed to place a piece of tiling with the same weight and dimensions as the iPhone 13. While managing to perfectly re-seal the whole thing. Fnac saw nothing but fire. The client victim of the scam was reimbursed and Fnac filed a complaint.