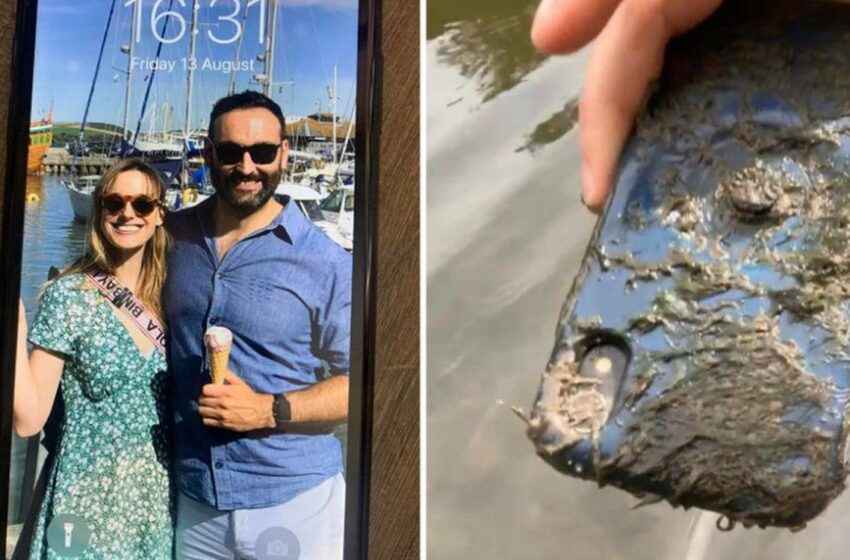 Owain Davies is one of the lucky few to get his iPhone back after leaving it in the water for several months. While crossing the Cinderford River in a canoe, Miguel Pacheco came across the smartphone and decided to do everything to bring it back to life. After several hours of drying, he managed to restore it to working order and find its owner.

In August 2021, Owain Davies and his partner Fiona Gardner decide to take a canoe trip on the river that passes through the small town of Cinderford, England. After an unfortunate gesture, he drops his iPhone in the water and then thinks he is doomed. Months pass and Owain of course has no news from his smartphone. Until a certain Miguel Pacheco makes the same journey, 10 months later, and spots the smartphone floating on the surface.

“I didn’t think it would still work. It was full of water”, explains the latter to the microphones of the BBC. Nevertheless, Miguel does not admit defeat and tries everything to save the iPhone. ” I know if I lost my phone I have lots of pictures of my kids I know I would want them back“, did he declare. He therefore decides to take it home and dry it with the means at hand.

Related: This iPhone 11 Still Works After Being Lost to the Bottom of a Lake for Six Months

He bends over backwards to save a missing iPhone

Once home, Miguel dries the iPhone with an air compressor before placing it in a ventilation cupboard overnight. The next morning, the miracle takes place. The screen lights up and displays a photo of Owain Davies and his wife. It has happened in the past that a smartphone still works after several days underwater, but the chances become less when it comes to several months.

To find its owner, Miguel then posts a photo of the iPhone on a Facebook group, which ends up being spotted by friends of Owain after more than 4,000 shares. At first incredulous, the man ends up getting his hands on his phone lost 10 months ago.“My natural reaction would be to put it back in the nearest pub. It wouldn’t be to use my air compressor to dry it out and take it apart”he reacted.