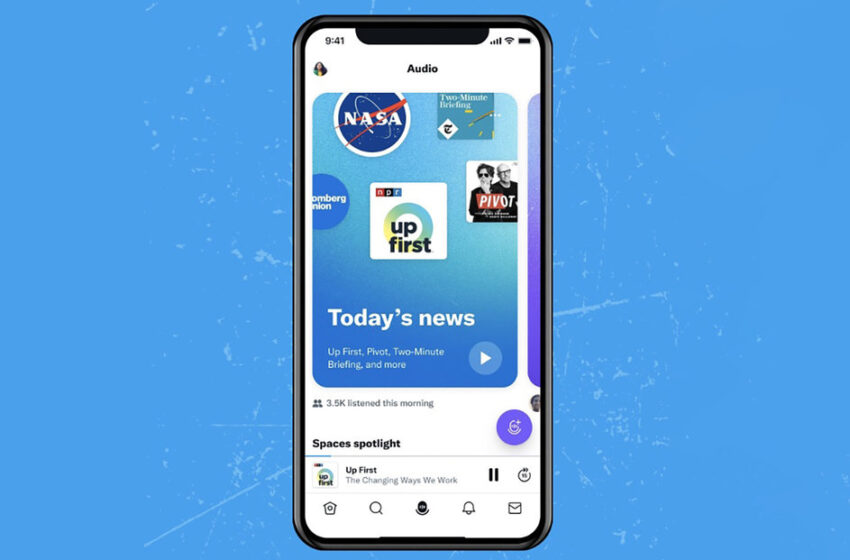 How do I find and listen to podcasts on Twitter?

(Pocket-lint) – Twitter is becoming a podcast app. In a new test with Twitter Spaces, the Twitter mobile app will let you listen to full podcast shows through curated playlists based on your interests. Here’s everything you need to know about this new app feature – including how to find and listen to podcasts on Twitter.

Read: What are Twitter Spaces and how do they work?

In August 2022, Twitter announced that its mobile app was launching a redesigned version of its Twitter Spaces tab (located in the center of the bottom navigation bar) that includes full podcast shows.

How to Find and Listen to Podcasts in Twitter

First, let’s talk about Twitter Spaces: This is a feature and area of ​​the Twitter app that lets you hold live audio conversations (also known as Spaces). Spaces are public and you can join one by attaching a link to it from a tweet or direct message or from the top of your timeline. (Live spaces featuring a speaker or host you’re following appear highlighted in purple at the top of your timeline). You can also go to the Spaces tab to find specific Spaces to listen to or join. The Twitter Spaces tab is located directly in the center of the navigation bar at the bottom of the app. It features a microphone icon. Tap it to open Twitter Spaces.

So why are Twitter Spaces important? In August 2022, Twitter revamped Spaces to open with custom hubs (also known as Spaces hub). These hubs are based on your interests and aggregate audio content on different topics (news, sports, etc.), including popular podcasts from around the world. If you see a podcast you like, put a thumbs up or a thumbs down to let Twitter know you like it. The more you do this, the more personalized your hubs will be.

Live and Upcoming Spaces are still in the Space tab, but lower down.

In a blog post, Twitter said its new custom hubs in Twitter Spaces will feature the “most popular and interesting” podcasts. You can expect to see Vox’s podcasts among those that Twitter will feature.

“Our internal research indicates that 45% of people who use Twitter in the US also listen to podcasts monthly, so we’ll automatically suggest engaging podcasts to help people easily find and listen to the topics they want to hear about. For example, if someone regularly interacts with Vox content on Twitter, they’ll likely see a Vox podcast in a space hub.”

No. The ability to listen to podcasts in the Twitter mobile app is just a test at this point. Twitter said the test will be extended to a random group of users around the world, initially only in English.