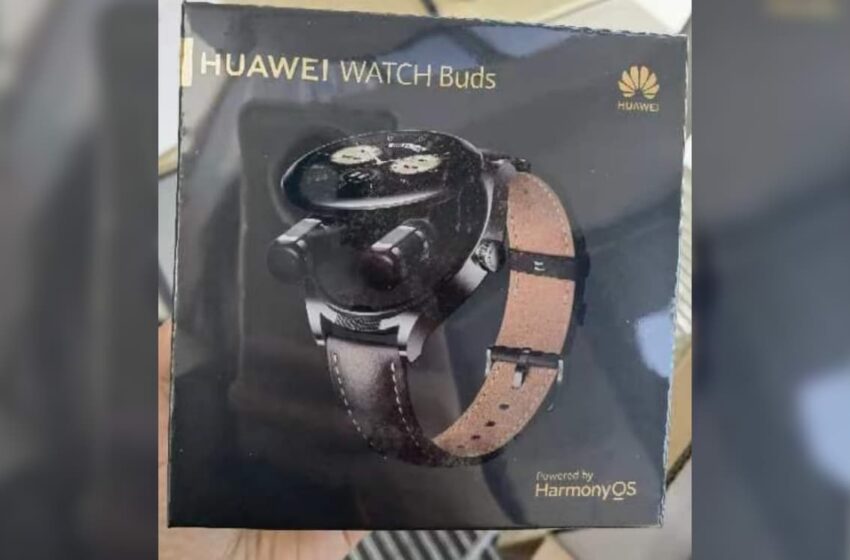 Huawei is working on a connected watch capable of storing headphones

Huawei may well have leaked one of its most interesting concepts to date. On a stolen photo recently published on the web, we can indeed see a connected watch from the firm, whose dial seems to be able to open… to reveal a hidden pair of headphones. We imagine that the smartwatch would be able to recharge these, although the technical details are still unclear.

Huawei has already accustomed us to particular designs. Just this year, the Chinese manufacturer unveiled the Watch GT Cyber, a connected watch with a removable dial that caused a lot of reaction from fans of this technology. Precisely, it seems that the firm has found a new fad since a project that is surprising to say the least seems to be inspired by this same concept.

Revealed by Huawei Central, this new connected watch has something to surprise even the most open-minded. Visibly called Huawei Watch Buds, this one is aptly named since it is apparently able to store headphones under its dial. In any case, this is what appears to be its box, which displays a photo of the smartwatch with the face raised to reveal wireless headphones.

Huawei could market a connected watch capable of recharging headphones

Moreover, the photo reveals only a few additional details. The HarmonyOS 3-powered watch sports a design that’s quite similar to Samsung’s Galaxy Watch 3, with a leather strap and a relatively slim and sleek package. This last point has not escaped Internet users who are asking themselves an altogether legitimate question: where will Huawei be able to find the place to store these headphones?

On the same subject — Huawei Watch GT 3 Pro test: a luxurious and sporty watch, behind the competition

Indeed, we imagine that the connected watch will integrate a charging system in order to make everything truly practical, which, accompanied by the battery and other components necessary for the proper functioning of the device, seems slightly too intrusive for a watch that seems so light. In fact, remember that this photo in no way proves the future marketing of such a product, and that it is better to wait for an official announcement from Huawei before jumping on the hype bandwagon.