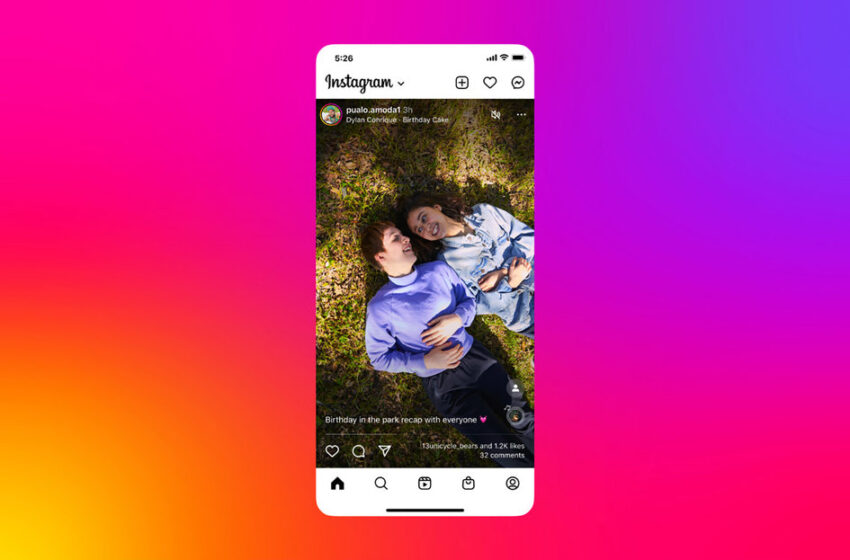 (Pocket-lint) – Instagram is currently testing a TikTok-like feature that allows videos to be displayed full screen on the homepage.

The social media network wants to “put video more front and center”, he claims, and the design change means Reels will become a bigger part of the mobile app.

Video already accounts for 20% of the total time Instagram users spend on the service, Meta revealed during an earnings conference call last week. With the new format similar to TikTok, this percentage could increase.

The test still includes top and bottom bars, but fills the rest of the screen with video with overlaid text.

The screenshot at the top of this page is a mockup sent to TechCrunch, but gives a good impression of what users can expect if and when the feature is released generally.

Instagram has also been testing other new features recently, with the ability to pin other users’ posts to the top of a profile page also in the works.

All of its tests are currently available to a limited number of Instagrammers and may never even be adopted for the main application, but the two suggested here seem reasonable to us. We will keep you informed of any further discoveries.