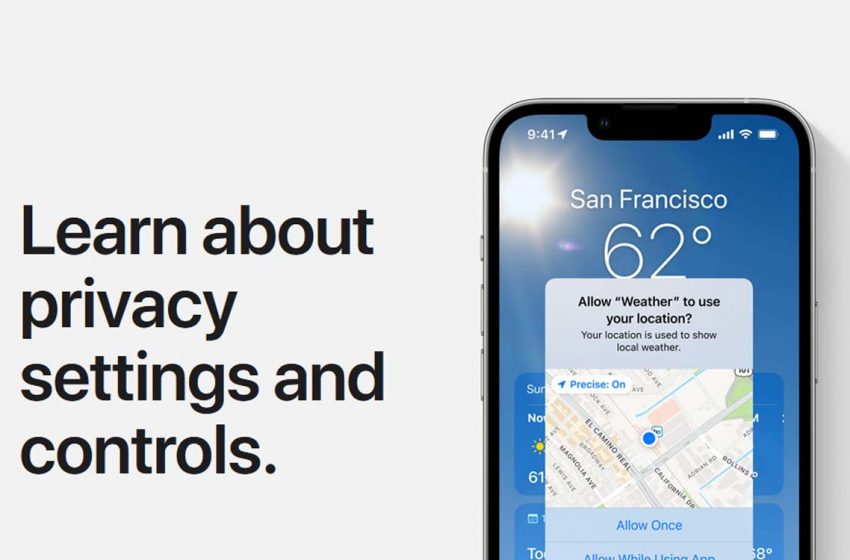 Via the beta of iOS 15.2, Apple has just integrated a brand new anti-tracking tool. Titled Privacy Report, it will let iPhone and iPad owners know exactly what personal data your apps are accessing, how often, on what date, and more. Another tool that will hurt social networks, Facebook in mind.

As you may know, Apple has put a high point in strengthening the security and privacy of its users since iOS 14.5 and the implementation of its anti-ad tracking system. As a reminder, application developers are required to request permission from users to collect personal data.

An effective system to protect the privacy of users, to the chagrin of social networks like Facebook which sees this tool more as a threat to their wallet. Logical, especially when we live mainly from the sale of personal data for advertising purposes. In this regard, Facebook has also accused Apple’s anti-tracking of killing “millions of small businesses”, which are now having difficulty targeting their customers on the social network.

iOS 15.2 embeds a tool that will not please Facebook

Anyway, it’s a safe bet that this new tool does not help relations between the Apple brand and the web giant founded by Mark Zuckerberg. Through the beta of iOS 15.2, Apple has integrated a new feature called App Privacy Report. Here again, the objective is clear: tell you more about the information collected by all your applications.

By going to this tab accessible from the Settings> Privacy, you can consult the list of applications that access your GPS coordinates, your microphone, or even the cameras on your smartphone. More interestingly, the third-party domains joined by your applications are also listed. In other words, these are the ancillary sites that you log into each time you launch an application.

In the case of Facebook for example, each time the app is started, a connection will be established with the site www.facebook.com, but also with all other sites that display ads in your Facebook news feed! We follow the same logic with free games, which mostly bombard you with ads between sessions.

Precisely, to display its banners, a connection must be established between the game and the site of its advertising agency. As you can imagine, these unthinkable connections can collect information about you or your device that is useful for building your advertising profile.

The only notable flaw in this tool is that it is currently impossible to block access to these third-party servers or to cut off access to the position, the microphone or the camera from the confidentiality report. You will have to go to the tab dedicated to applications to remove the various permissions. The deployment of this tool will be done gradually and is expected to affect all iPhone and iPad users within the next few weeks.