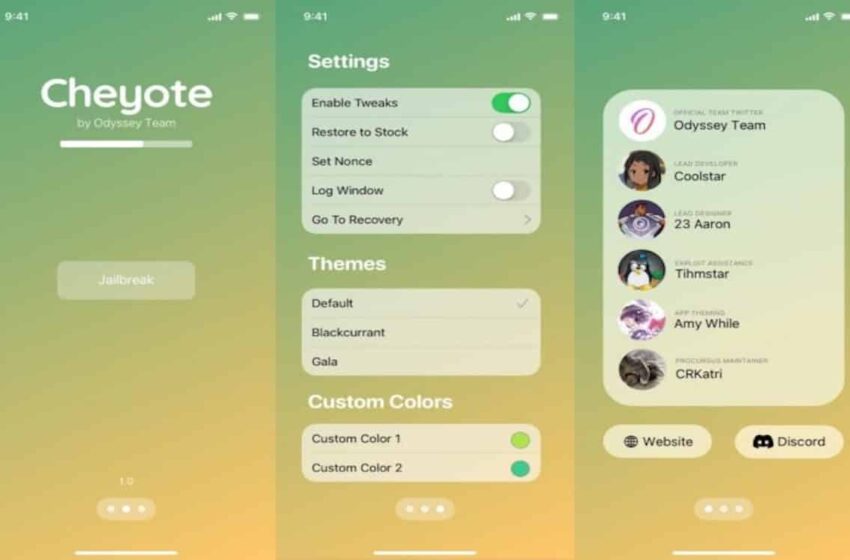 The Odyssey Team group has unveiled for the first time the images of Cheyote, the new tool that will allow you to jailbreak iPhones and iPads under iOS 15. Jailbreaking under iOS 15 was still not available until then.

The teams of developers specialized in the jailbreak are rare but still continue to offer tools that work. Back in the days of iOS 13, a group had already managed to jailbreak iPhones and iPads based on all A-series chips up to the A11 Bionic. Another team later came up with another jailbreak tool which is supported on newer devices like iPhone 12 running iOS 14. Now, as we get closer to the arrival of iOS 16, the ‘Odyssey Team finally got his hands on the first jailbreak tool compatible with iOS 15.

For those who do not know the term jailbreak, you just have to know that this one is a process that removes software restrictions on iOS devices. In particular so that the user can access system files to modify and customize them as he wishes. This generally allows jailbreak enthusiasts to customize the system down to the last pixel. They will now be able to do so with the latest iPhone 13 and iPad mini 6.

Read also: iPhone 12, jailbreak is possible up to iOS 14.3 thanks to the unc0ver team

The Odyssey Team has therefore unveiled the first images of its new jailbreak tool under iOS 15. The latter takes the name of Cheyote. There is a catch, however, because Cheyote will only work with iOS versions 15.0 to iOS 15.1.1. The Odyssey Team group is still working to extend the tool to iOS 15.4.1 versions, however, which is difficult and will take longer than expected.

Especially because Apple made several changes to iOS to make jailbreaking more difficult on the latest versions of the operating system. Apple, as you might expect, has always opposed the process of jailbreaking its devices. According to one of the devs on the team who confirmed it on Reddit, the Cheyote jailbreak tool should be available to everyone in the very near future.

Read also: The PS5 has already been hacked by a Google engineer, on the way to jailbreak!