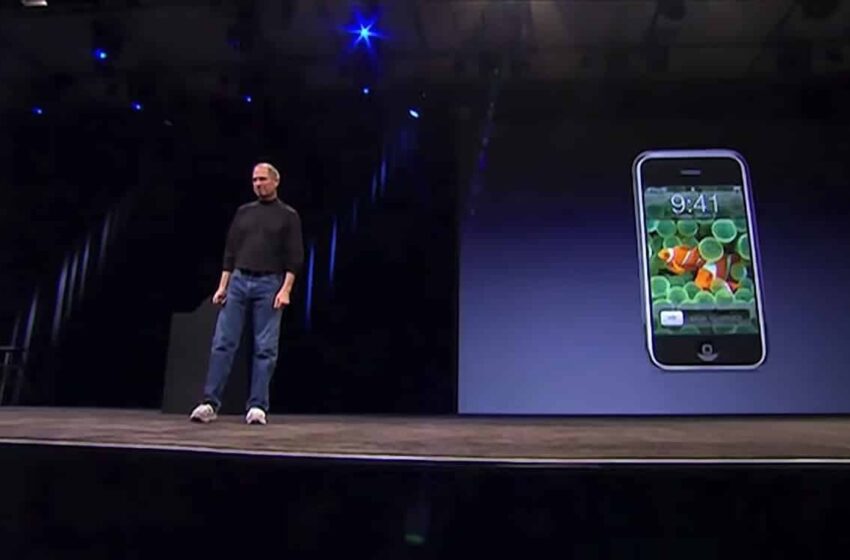 iOS 16: a feature of the latest beta 3 discreetly pays tribute to Steve Jobs

Apple has just rolled out the third beta of its iOS 16 operating system for compatible iPhones, and with it, a new wallpaper that subtly pays homage to founder Steve Jobs, who died in 11.

15 years after the presentation of the first iPhone, Apple has added a rather special feature that discreetly commemorates this historic Keynote where Apple reinvented smartphones. Indeed, a Twitter user, Jack Roberts, discovered in the Collections section of iOS 16 Beta 3 wallpapers a rather memorable image, since it is the famous clownfish wallpaper from the first iPhone of 2007.

The photo of the two clownfish living in a green anemone is the first image shown during Steve Jobs’ presentation of the original iPhone and its small 3.5-inch screen of the time.

Apple is finally rolling out the clownfish wallpaper to iPhones, 15 years later

What made this wallpaper famous is not only that it was the first to be used during the 2007 Keynotebut it is above all thatApple never made it available to users of the first iPhone. The full version of the image was later released on Mac in 2009’s Mac OS X 10.6 Snow Leopard release, in the Nature folder in the Desktop and Screensaver section, but had never been deployed until now. on the company’s smartphones.

It would therefore have been necessary wait 15 years and the third beta of iOS 16 for Apple to offer its users the first iPhone wallpaper. The photo does not seem to be identical to the one that was presented with the first iPhone, in particular because it must allow interactions with the clock and other widgets, but its return is good news for the most nostalgic users.

For the moment, not all users of iOS 16 beta 3 see the little clownfish in the list of wallpapers proposed, but we imagine that the wallpaper will be available for all users when the first public beta is launched in a few weeks.