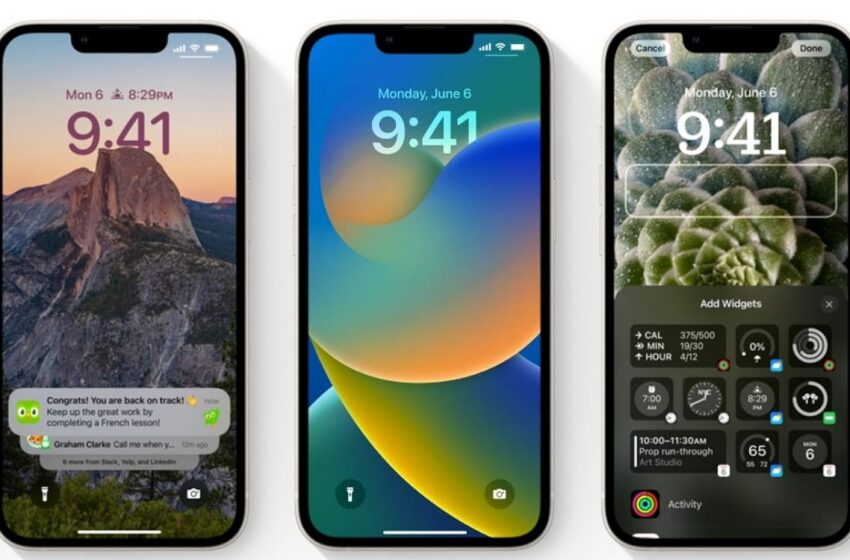 iOS 16: Apple deploys the sixth beta before the launch of the stable version in September

Apple has begun rolling out the sixth betas of the upcoming iOS 16 and iPadOS 16 updates to developers for testing purposes, with those updates coming a week after Apple released the fifth developer betas.

After the deployment of the first beta just after the announcement of iOS 16 on June 6, then 4 other versions on June 22, July 6, July 27 and August 8, Apple has finally released the sixth updatewhich should be one of the last before the launch of the stable version next month with the release of the new iPhone 14.

Apple also released a sixth beta for iPadOS 16, but unlike iOS 16, we know that Apple will delay the release of the software update for its tablets until October. It could therefore be that the iPads are entitled to more beta versions than the iPhones.

iOS 16 Beta 6 removes Live Activities API support in third-party apps, which indicates that the API will not be available in the first stable iOS 16.0 release. The update also brings changes to the battery percentage display feature that was introduced in the previous beta.

It is now possible to disable the percentage indicator that is displayed in the status bar when using low power mode, which was not possible previously. So those who don’t like to be stressed about the battery percentage won’t have to see it in their taskbar if they want to use low power mode.

Latest versions can be uploaded by developers participating in the beta program through the Apple Developer Center, or as an over-the-air update by those who were already using previous betas. Remember that it is always better to go directly through Apple’s official sites and not through third-party sites. The American giant also shut down sites allowing you to download betas of iOS 16 a few days ago.