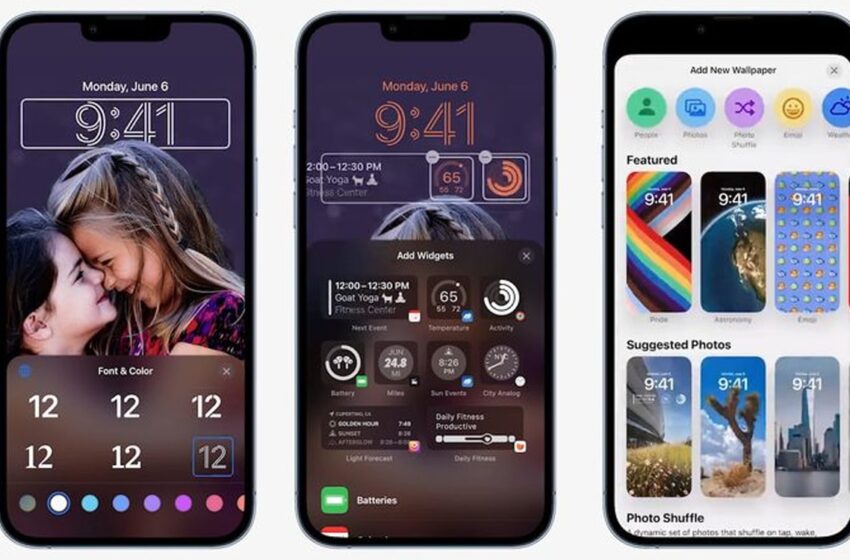 iOS 16 has just been presented at WWDC 2022. Thanks to the update, Apple will allow you to customize the iPhone lock screen. We take stock of the new products unveiled by the brand.

True to form, Apple unveiled iOS 16, the new version of its mobile operating system, at WWDC 2022. As expected, the Cupertino giant kicked off the opening conference in reviewing the new features of the OS.

In a pre-recorded video, Craig Federighi, senior vice president of software engineering at Apple, announced the arrival ofa new lock screen on iPhone. This is the biggest lock screen update since the inception of iOS.

With iOS 16, Apple will allow you to customize the lock screen. Until now, it was impossible to customize the interface other than by changing the wallpaper. The update will allowadd widgetssuch as those displayed on the home screen, such as the weather, the battery level of your devices or the messages received.

The iOS 16 lock screen doesn’t stop there. It will also be possible to change the color and font of the time. Until now, Apple restricted the changes a user could make to the interface. As Craig Federighi showed, iOS 16 proposes to design the layout of the lock screen from A to Z, in particular by superimposing an image in front of the hour. Apple also offers changing the tint of an image.

iOS 16 allows automatically change wallpaper during the day. Just choose an image gallery beforehand. The iPhone will draw from this gallery to change your lock screen. This personalization system is reminiscent of that of the Apple Watch. In the end, the possibilities of the iOS 16 lock screen seem endless.

Apple has also added new features to how notifications work on iPhone. On iOS 16, they will appear at the bottom of the screen, especially in the case of the lock screen. Another major novelty: Live Activities. This new feature allows you to keep an eye on an event through a simple widget that is displayed on the screen. The option also works with music currently playing or streaming an online event.