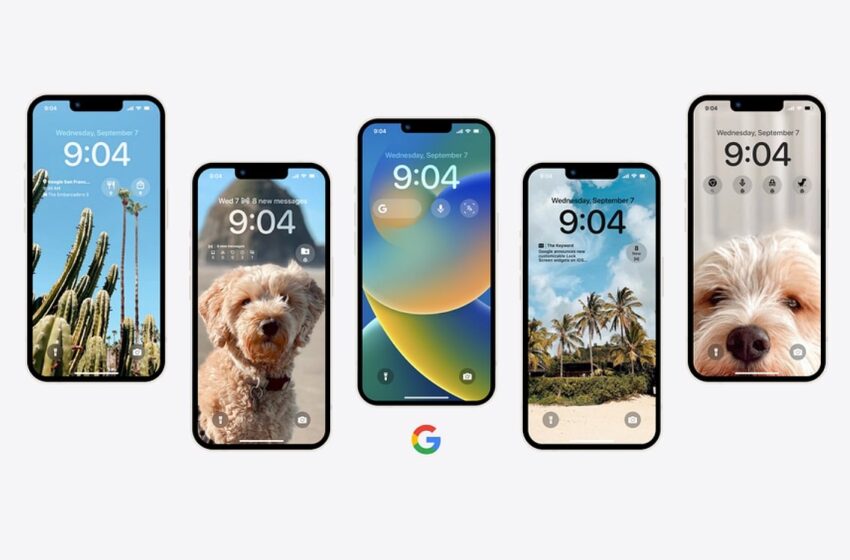 iOS 16: Google applications are entitled to widgets for the iPhone lock screen

Just before the official launch of IOS 16 last night, Google revealed that its most popular applications such as Chrome, Google Maps and Gmail will benefit from widgets for the iPhone lock screen.

That’s it, iOS 16 is finally available for everyone who has an iPhone compatible with the new update. In addition to new features such as the ability to edit messages sent on iMessage or to remove the background from a photo, Apple has especially introduced an Always-On feature on its iPhone 14 Pro and 14 Pro Max.

This new lock screen will be customizable with new fonts, widgets and more. To improve the experience, Google has also announced widgets for its flagship applications such as Search, Chrome, Drive or Google Maps.

Google widgets are coming to iOS 16

Google’s main widget on iOS 16 is that of its Search application, which will allow users to havequick access to the search functionality of the American giant. It will be possible to carry out written or voice searches or to use Google Lens, and the widget will even give quick access to Translate, in charge of translations.

Chrome has its own set of four widgets : one to open the browser, another to open a voice search, the third for an Incognito mode tab, and the last allows users to play the famous game Chrome Dino.

Google Drive, on the other hand, will have a widget for suggested files, such as documents recently shared with you, as well as a shortcut for favorite files and folders. The Gmail application will add a widget with an unread messages counterwhile that of the Google News application will display the titles of recommended articles in real time.

Finally, of all applications, it is Google Maps which will apparently have the most widgets and shortcuts. With Frequent Trips, you can get real-time traffic updates and estimated travel times to places like your home and work, right on your lock screen. You can also find nearby restaurants, shops, and other favorite places by tapping the Maps Search widget.