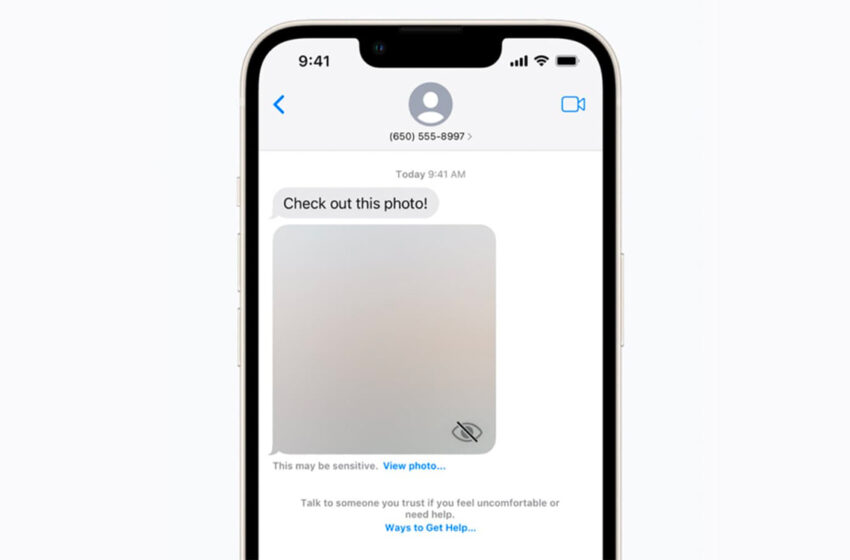 iOS 16: iPhone will be able to detect pornographic photos in iMessages

While this feature is already available in the United States and other countries, Apple will deploy the new advanced parental control via iOS 16 on iPhone, Mac and iPad in September 2022 in France and Germany.

With iOS 16, Apple has made sure to offer a large number of new features and various improvements such as the possibility of uninstalling native applications, a redesign of Concentration mode on iPhone or a simplification of duplicate photos.

As Apple has just announced, this new parental control will be available from the start of the 2022 school year in France and Germany. In particular, it will include a feature that allows the iPhone to identify the presence of nudes or photos of a sexual nature in a message.

To activate this feature, parents must first have activated Family Sharing in iCloud. They find this new security option in the tab “Screen Time”. Once this is done, when the child receives a photo, an AI will analyze it locally (no data transmitted to Apple).

If it is a pornographic photo for example, it will be blurred. A warning message will then appear, reminding that:

After reading these instructions, the child will then have the choice not to see the photo or on the contrary to look at it anyway, or to notify one of his parents (or responsible adult). Apple also plans countermeasures for kids trying to send nudes, with a message to warn them about the dangerousness of this practice. He will also be invited to speak to a relative.

Nevertheless, the child remains the only master on board and can still send the photo if he wishes. However, we regret that this new feature is only available on iOS 16 and in iMessages. Indeed, no similar filtering is provided on other instant messaging applications. Finally, we note some improvements on the Siri sidewhich is now able to answer the various questions that a child may have on this sensitive subject.