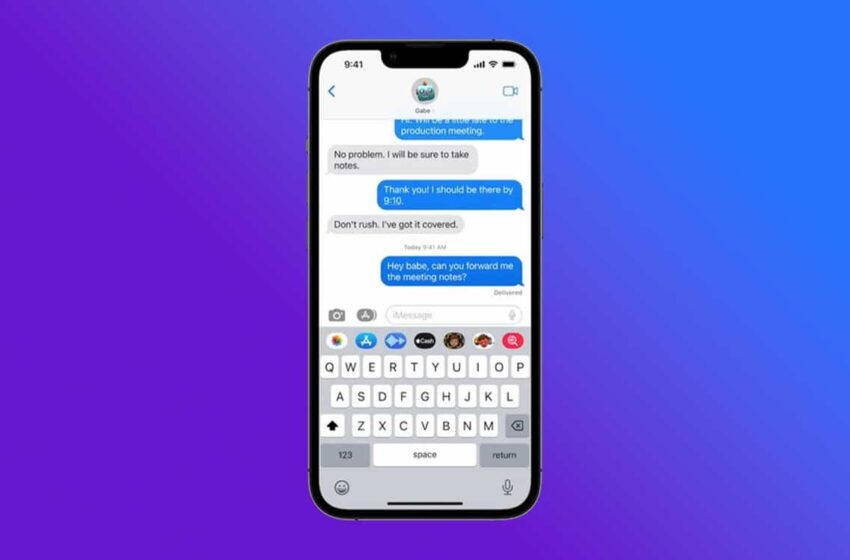 iOS 16: Messages offers you to edit your chats or delete them

Despite its great age, the Messages application continues to be refined over new versions of iOS. If Apple often gives it a few minor tweaks, it’s a long-awaited feature that sends to see the day: the ability to edit a message after sending, or even delete it.

Who has never railed against a message typed and sent too quickly? Spelling mistakes (despite Apple’s very elaborate correction tool), a forgotten comma or a possible misunderstanding of a word… “But that’s not what I meant!”. And this is the drama.

If you are a fan of Posts on your iPhone, Apple has finally thought of you. With iOS 16, Messages is updated and now offers the means to edit a message already sent. And it is even possible to delete it, so that the recipient does not read it if he has not already done so.

In reality, very few messaging applications today offer the possibility of editing one’s discussions. WhatsApp, Facebook Messenger, Instagram… None of these super popular tools allow it. So yes, there is Skype, but the famous Microsoft application is now in total ruin…

But now iOS 16 arrives and with it, a new version of Messages. Apple’s application will thus offer users the following three features:

Enough to edit the messages sent too quickly a posteriori and to avoid misunderstandings or calls to order because a mistake has been missed.

These are not the only novelties of Messages. Now, when you dictate a message, the keyboard stays open on the screen. Also, it supports emoji detection when the user is dictating their message. Finally, last little new features: a new button allows you to display the SMS while you are chatting with your interlocutor.

All these new features are already available to developers. A public beta version of iOS 16 will be available next month.