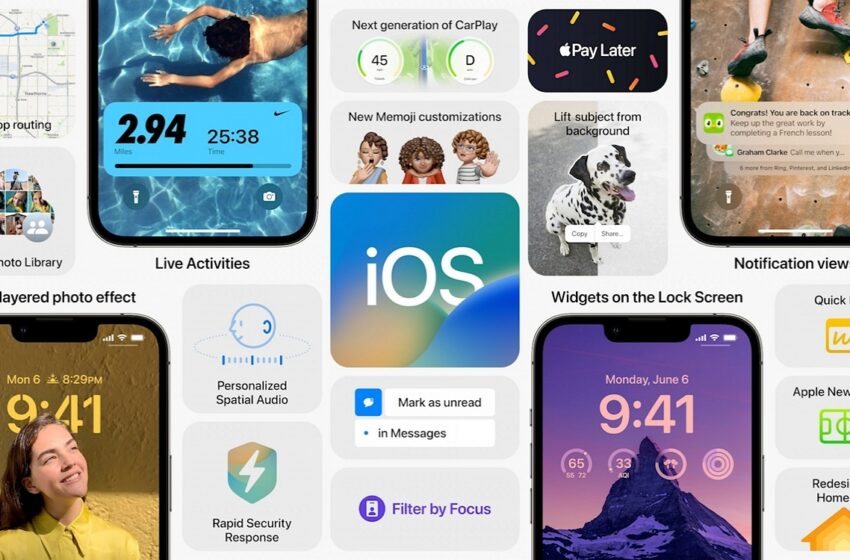 iOS 16 was not a revolution for Apple’s ecosystem, but the update to the operating system still brings some interesting new features, including the ability to install security patches in the background , without update.

Presented last night at the WWDC 2022 annual developer conference, iOS 16 brought a lot of new features to the iPhone operating system. These include the ability to customize the lock screen of your phone, or to edit your discussions or delete them on the Messages application.

However, another feature that Apple hasn’t talked about much will greatly improve security for iPhone users. Indeed, iOS 16 now adds an option allowing your phone toautomatically install new security patches without you having to update your iPhone.

iOS 16 will let you install security patches in the background

The new “Install System and Data Files” feature can be activated in the Settings > General > Software Updates menu. This new button will allow you to automatically receive the security patches deployed by Apple, without any action on your part being necessary.

Rather than having to wait several minutes in front of your iPhone to install these new security patches (which are generally named “iOS 16.0.1”, etc.), these will install directly in the background. So you can continue to use your iPhone when it updates. Apple notes, however, that some patches might only be installed after restarting your device.

Such a feature will make iOS 16 much more secure, since at the slightest flaw detected, users who have activated the option will directly benefit from security patches. For those who have a jailbroken iPhone and who fear these occasional updates that fix bugs, no worries. You always have the possibility to deactivate the option in the relevant menu, then you will only receive updates adding new features, such as the next iOS 16.1 version.

Unfortunately, not all iPhones will benefit from this new feature, since we remind you that the iPhone 6S, iPhone 7 and the first iPhone SE are not compatible with the iOS 16 version. recent if you want to benefit from the novelties.