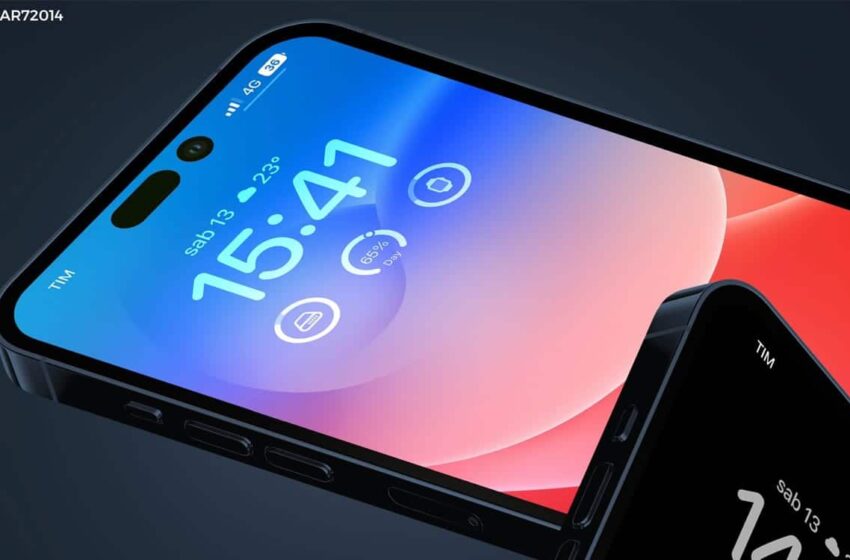 Cold shower for several iPhone users: the long-awaited battery percentage will still not arrive with iOS 16 (and probably never). Apple has listed those affected in an official support document, without providing further explanation.

Among all the novelties brought by the iPhone X at the time of its release, one in particular is far from having won unanimous support. Indeed, while all the iPhone before him did it perfectly, the latter has stopped showing battery percentage on screen. This decision was not arbitrary: Apple then had to find a way to save space eaten up by the new Face ID sensor.

It is therefore only natural that the return of the battery percentage in iOS 16 has been welcomed with great fanfare by users. Since the deployment of the update, the famous figure is finally displayed on the screen of all compatible iPhones. Well almost. If you’ve installed the latest version of iOS but still can’t see how much battery you have left, chances are you have one of these four iPhones.

These iPhones will never show the battery percentage

iPhone XR, iPhone 11, iPhone 12 mini and iPhone 13 mini: here are the models concerned (or rather, not concerned) by this specific case. The information comes straight from Apple, which added this clarification in an official support document. On the other hand, the Cupertino company did not deign to give more explanations to users. Obviously, those who own these iPhones are not ready to see the percentage of their battery, iOS 16 or not.

The manufacturer nevertheless indicates a method allowing access to the Holy Grail on these specific models. All you have to do is go to the Control centeror to use the new Battery widget available in iOS 16. To achieve the same design as on other iPhones, on the other hand, there seems to be no solution at the moment. Apple also admits half-heartedly that this feature will never be available on the models listed.