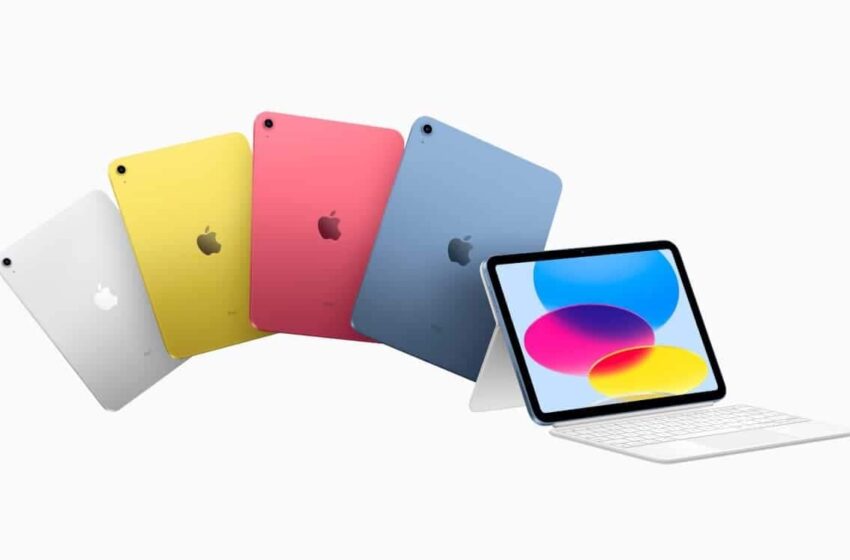 Apple has launched an affordable new iPad with a USB-C port, but it doesn’t seem to offer speeds equivalent to other models. Worse still, the new connector would not do better than the old Lightning port.

A few days ago, Apple introduced a new tablet: the 10th generation iPad. This has brought many new features compared to the previous generation, including a design inspired by the iPad Airmany colors, a new processor, an improved selfie sensor or even a slightly lower weight.

However, one of the main changes is at the connector level, since the next generation of affordable iPad has finally ditched the proprietary Lightning port. All iPads therefore now offer a USB-C connection, as required by the new European legislation, but it seems that not all of them offer the same performance.

The tenth generation iPad’s USB-C works as expected for charging, but for data transfers it only offers ” USB 2.0 data speeds “. Limited to 480 Mb/s in theoretical speed, it is therefore the same speed offered by Lightning, which was used on the ninth generation iPad.

It is therefore much worse than the other iPads in the Apple catalog. In effect, the iPad Pro uses USB-C Thunderbolt connections which can transfer data at up to 40 Gbps, while the USB-C in the iPad Air and iPad mini offer speeds of 10 Gbps and 5 Gbps respectively. Transfers will therefore be significantly slower on Apple’s most affordable iPad.

The USB-C port still allows you to connect external monitors, but a connection limited to USB 2.0 does not support all types of displays. The screens will not exceed 30 Hz in 4K, and 60 Hz in 1080p.

We might have expected Apple to use at least one USB-C 3.0 port in its tablet, but that’s not the case. For its part, the USB Promoter Group has already announced version 2.0 of USB 4, which offers doubling the available bandwidth. This goes from 40 Gbps to 80 Gbps, and even makes it possible to offer up to 120 Gbps in one direction only.