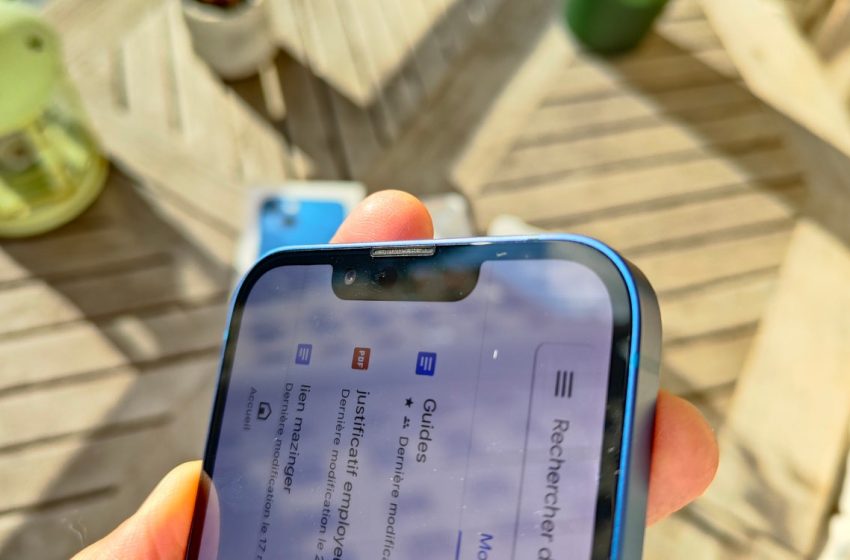 The iOS 15.2 update lifts Apple’s restriction on iPhone 13. Now, third-party repairers will be free to change the screen of an iPhone without disabling Face ID facial recognition in the process.

Apple does not appreciate it when third party repairers, not authorized by it, repair iPhones. To force buyers to turn to the Apple Store or a technician approved by the brand in the event of an incident, Apple has introduced new restrictions with the iPhone 13. The Cupertino giant has integrated a security chip under the screen of smartphones.

This chip must be paired when changing the screen. If the third-party repairer neglects to activate this component, Face ID facial recognition will be turned off altogether. Unsurprisingly, pairing the chip with the new screen requires a lot of expertise and several dedicated tools. Above all, you have to access Apple’s servers to save the new screen in the database.

De facto, only technicians approved by Apple were able to change the screen of an iPhone 13, which however remains a completely trivial operation. Face to the outcry caused by this turn of the screw, the Silicon Valley giant has decided to review its copy. In a press release, Apple explained that it does not want to deactivate Face ID in the event of a screen change by a third-party store. To deactivate this restriction, the firm has undertaken to deploy an update.

Something promised, due: the beta of the iOS 15.2 update lifts restrictions imposed by Apple on iPhone 13. A fix has obviously been included. iCorrect, a British repair company, has managed to change the screen without compromising Face ID, and without pairing the security chip. Apple is now content to display a warning during the first restart : “Unable to determine if your iPhone screen is an original Apple part. Go to Settings for more information ”.

This isn’t the only new thing in the beta update. With this firmware, Apple also fixes one of the biggest flaws in macro mode and adds the Contact Legataire option which allows you to bequeath your iCloud data to loved ones after your death. For the time being, the update is only available to members of the beta program. Apple should soon release the update on all iPhone 13s.