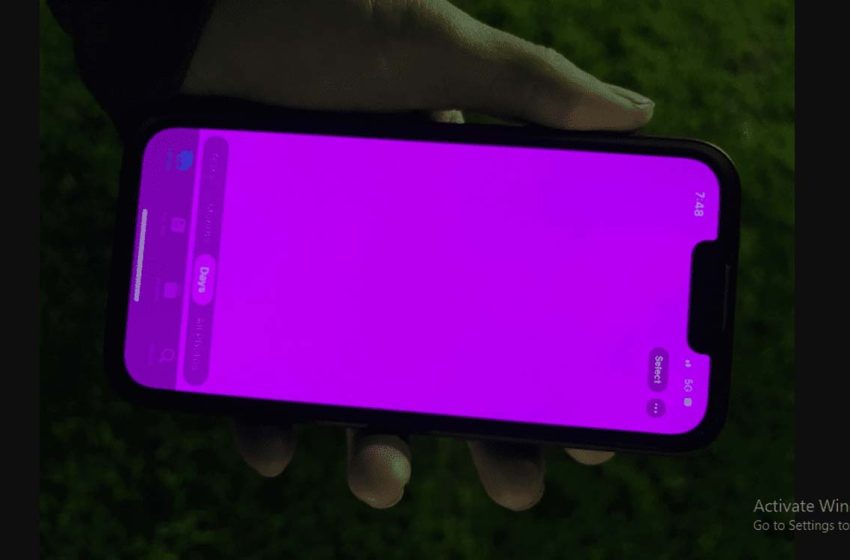 iPhone 13: the screen turns pink on many devices

The iPhone 13 is the victim of a new bug. According to several Chinese users, the screen of their device suddenly turned pink for no apparent reason. This malfunction is accompanied by slowdowns, automatic restart of the device and other problems.

The iPhone 13 is a full box for Apple. In total, the Cupertino company sold more than 40 million iPhone 13s during the 2021 holiday season. Despite this undeniable success, the early career of the iPhone 13 was inevitably marked by a few bugs and malfunctions. inconvenient for the user.

The iOS 15 update, for example, broke the touchscreen for some iPhone 13 owners. However, according to several reports from China, the screen of several iPhone 13 suddenly turned pink, for no apparent reason. Even better, it is obviously impossible to fix the problem by resetting the smartphone or updating the system. Moreover, this damage is accompanied by other inconveniences, such as slowdowns, lags or forced automatic restarts. Note, however, that the pink screen does not cover all the information on the screen. Indeed, system tray icons are always visible.

Faced with the growing number of complaints on the manufacturer’s forums, Apple has finally given an official explanation: “We haven’t received any relevant notices that this is a hardware issue. Because such a situation usually occurs because the system is blocked”, writes the Cupertino company.

You would have understood it, Apple therefore suggests that it is a software problem.. Unsurprisingly, Apple recommends affected users to back up their data and update to the latest version of iOS. According to the various testimonials, this pink screen concern concerns all models, whether it is the iPhone 13 mini, the iPhone 13, the iPhone 13 Pro, the iPhone 13 Pro Max.

Unfortunately for affected users, Apple has not yet specified when it intends to fix the problem.. For the moment, there is no date for the deployment of a possible update. Hopefully iOS version 15.3, which is due out soon, will take care of the problem. And you, have you encountered this kind of problem with your iPhone 13?