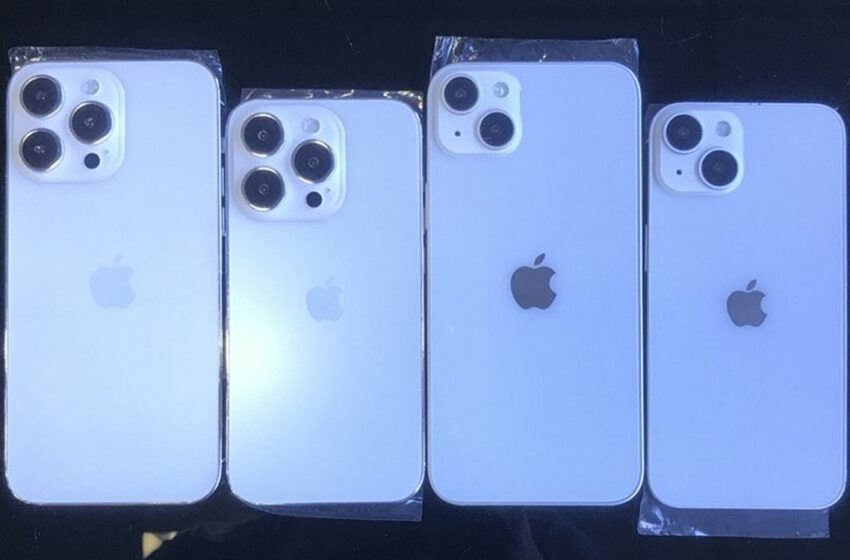 iPhone 14: a video grip shows the design of the 4 smartphones

The iPhone 14 reveal themselves a little more. An informant has just uploaded a hands-on video made with models. The sequence allows you to get a clear idea of ​​the new design developed by Apple.

The iPhone 14 range continues to make ink flow. Several months before the presentation keynote, leaks came to lift the veil on the composition of the range. Like last year, Apple will decline its smartphone in 4 models. However, the group has revised its offer.

Exit the mini model, whose sales have been catastrophic for 2 generations. Apple will instead launch an iPhone 14 Max, cheaper but with a giant screen. The offer is completed by a standard model and two Pro editions.

Here is the new design of the iPhone 14

Months before launch, a video of handling of the 4 smartphones appeared on the web. Sonny Dickson, a leaker known for revealing Apple products before their release, has indeed managed to get his hands on models of the iPhone 14. These 3D models are intended for manufacturers of shells and accessories.

They take the design of the iPhone 14 to the letter. Unsurprisingly, the models corroborate the previous leaks. We discover there a massive and imposing photo block on the back side. As expected, two models sport a triple photo sensor. These are the iPhone 14 Pro.

For their part, the iPhone 14 and 14 Max inherit a double sensor slipped into a rounded square block. These two affordable versions are again decked out with a notch. On the other hand, the Pro editions swap the notch for a double hole in the screen. These cavities are invisible on the black screen of dummy units.

Apple resumes the angular design inaugurated with the iPhone 12. The edges are flat on all the models presented in the video. Despite several aesthetic changes, the iPhone 14s are very similar to their predecessors, the iPhone 13s.

We invite you to trust the discovery of Sonny Dickson. The informant has repeatedly published confidential information months before the release. He notably revealed the design of the iPhone 5 or several iPads. Last year, he even did an iPhone 13 teardown before the keynote.