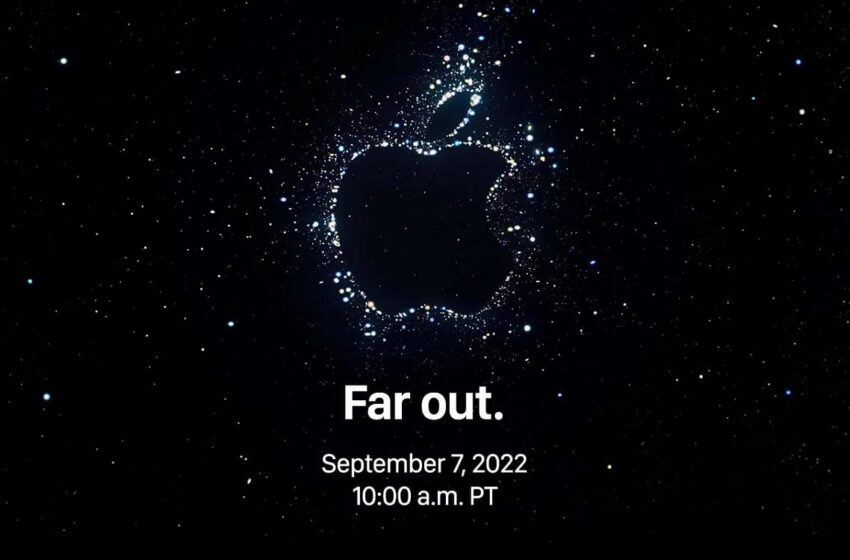 iPhone 14: Apple confirms the launch of smartphones on September 7, 2022

After months of speculation, Apple has finally confirmed the date of its next Keynote during which the company will unveil the new iPhone 14, but also the Apple Watch Series 8.

While previous reports had mentioned the dates of September 13, then more recently September 6, it was September 7 that was chosen for the most important Keynote of the year for Apple. In an invitation sent to reporters last night, Apple has finally confirmed the date of its next “Far out” conference.

This Keynote takes place on a Wednesday, an unusual day for Apple since the company has always launched its new products on a Tuesday. It should be an opportunity for the brand to unveil its new iPhone 14, but also its new Apple Watch Series 8 connected watches.

What should we expect from the Apple conference?

The conference was titled “Far out”, which could be translated as “far” or “distant” in French. We don’t really know what this means, but it could be a clue about the photo improvements that Apple will make to its iPhone 14 series. On the invitation, we can notice a starry sky, which suggests that Apple has made significant improvements to its night shots.

Four new iPhones are expected to be introduced on September 7. There will be an iPhone 14, an iPhone 14 Max, an iPhone 14 Pro and an iPhone 14 Pro Max. It is the latter which should be the most popular this year, because it will probably be of the model that will offer the most changes compared to the previous generation.

The four iPhone 14s will not arrive alone. We know that Apple also plans to unveil a new series of connected watches, the Apple Watch Series 8. These would be accompanied by a more resistant Pro model. This one would also offer a slightly different design, which would be a first since 2018.

In addition to new devices, Apple is also expected to roll out stable versions of new versions of its operating systems. iOS 16 should finally be available to everyonebut it will probably be necessary to wait until October before being able to take advantage of iPadOS 16.