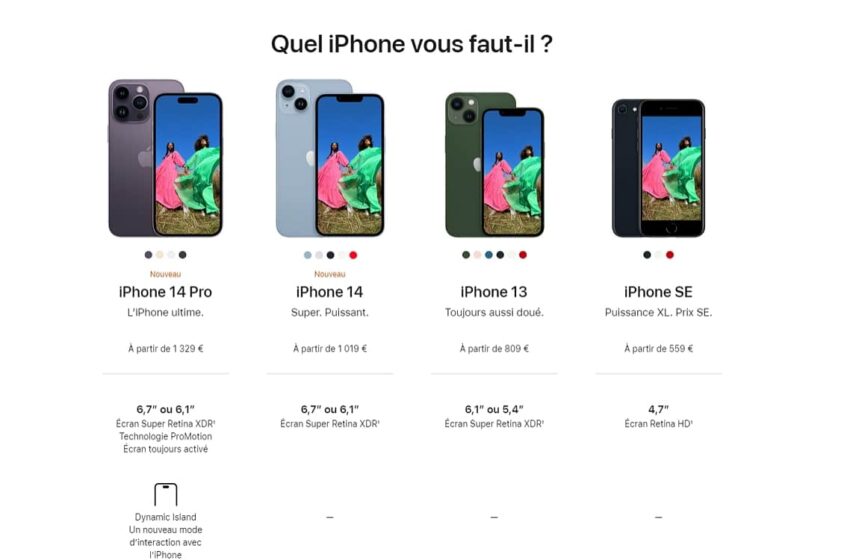 iPhone 14: overloaded site, delivery times that are getting longer, the galleys of pre-orders begin

Apple has finally put its new iPhone 14, 14 Plus, 14 Pro and 14 Pro Max on sale, and the least we can say is that smartphones are a hit. Delivery times are already starting to get longer.

Apple unveiled 4 new iPhone 14s last Wednesday, and these have just been offered for pre-order starting this Friday, September 9 at 2 p.m. According to several customers on social media, the launch was rather eventful. Without surprise, Thousands of customers rushed to Apple’s official website when pre-orders opened, which inevitably overloaded the company’s servers.

Many report having encountered difficulties in validating their order, in particular because of site crashes. As one might expect, the iPhone 14s were therefore a real hit as soon as they went on saleand this is confirmed when we see delivery times getting longer hour by hour.

The iPhone 14 Pro and 14 Pro Max seem to have been the most popular models when sales opened, probably because these are the devices that offer the most changes compared to the previous generation. Not only do these finally offer a new notchless design, but are also equipped with a new 48 MP photo sensor or an even more efficient ultra-wide-angle sensor, both of which are capable of capturing better shots the night.

While the first customers will be delivered from September 16, Apple’s site now says both Pro models won’t ship until October. If you missed the opening of sales, you will therefore have to wait at least a month before receiving your smartphone. Apple expected its iPhone 14 Pro Max to become the most popular model despite its very high price of almost 2000 euros, and the company seems to have been right.

iPhone 14 and 14 Plus seem less popular, since they are not yet affected by delivery delays at the time of writing this article. You can still receive the iPhone 14 from September 16, while you will have to wait until October 7 for the iPhone 14 Plus. The latter experienced delays in screen deliveries from Apple suppliers, and therefore saw its launch date be postponed.