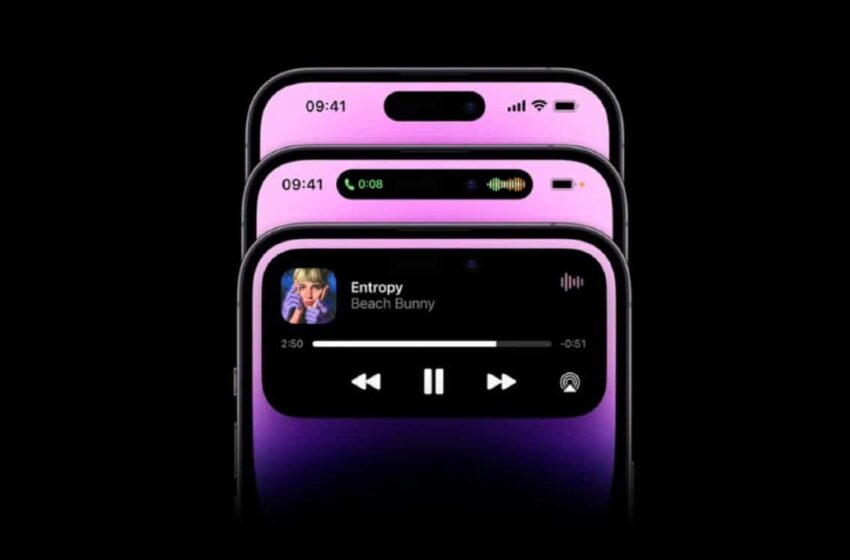 iPhone 14 Pro: a game concept shows us how Dynamic Island could be used

Dynamic Island is one of the innovations presented by Apple on its iPhone 14 Pro and Pro Max. A developer has already imagined a game using this concept. Nothing concrete yet, but it gives us an idea of ​​how the thing could be used in the future.

The iPhone 14 Pro and iPhone 14 Pro Max, presented last week, feature an innovation called Dynamic Island. The idea is to use the screen punch (in the shape of a pill) directly in the software. For example, it can be hijacked to display the name of a song or even a football match score in real time. But game developers will also be able to use it to their advantage.

Developer Kriss Molka presented a game concept using the iPhone pill. Named Hit The Island, it seeks to show that Dynamic Island can be hijacked intelligently.

Hit the Island, the game that uses Dynamic Island

The goal is simple: it is a breakout game in which the player must hit the punch with a ball. As we can see in the short video, Molka had the idea to add effects to Dynamic Islandmaking the whole thing very… dynamic, precisely.

Apple Watch Series 8, Ultra and SE: their new functions are crazy and there is something for everyone

This is not a real game, since Apple has not yet opened its technology to third-party developers, but a simple concept. However, it is devilishly interesting. It gives a glimpse of what we could have in the future on iPhones, the creators bubbling with ideas on the use of this Dynamic Island. One could thus imagine a multitude of games using it wisely.

As a reminder, the iPhone 14 Pro and 14 Pro Max were announced on September 7th. Their main novelty is precisely the disappearance of the notch (still present on the classic models) in favor of this long punch. They also benefit from a new processor (Apple Bionic A16), a reinforced photo part with a 48-megapixel main sensor as well as various software innovations, such as the presence of a long-awaited always-on-display mode. by Apple fans.