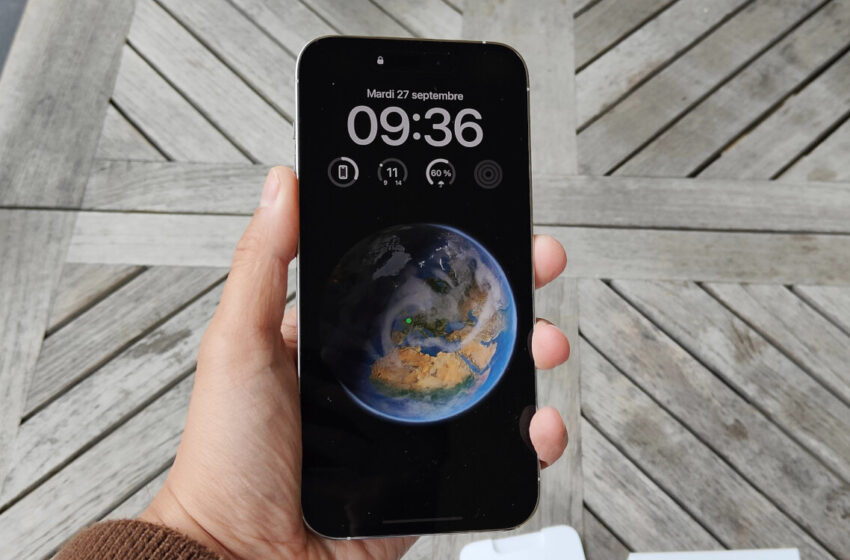 iPhone 14 Pro: Apple finally allows the always-on screen to work like on Android

When Apple unveiled its own always-on display feature when it launched the iPhone 14 Pro, a lot of users complained about how it worked. Fortunately, Apple will eventually make the feature much more basic.

iOS 16.2 includes a major change for the Always-on Display feature of iPhone 14 Pro and iPhone 14 Pro Max. Until now, the latter was quite different from what we know from the competition, since the screen does not turn off completely. Indeed, the latter only makes your screen darker, and still allows you to see the wallpaper on the lock screen.

Many users did not like the way the always-on mode worked on the iPhone, because in addition to being a little more greedy in autonomy, itoften suggested because of its lit screen that users had received a message. Rather than allowing iPhone owners to disconnect, they were therefore often even more in front of their smartphone.

Read also – iPhone 14 Pro: the always-on screen turns off when you leave the room with your Apple Watch

iOS 16.2 will fix the biggest flaw in iPhone Always-on mode

According to a report from 9to5Mac, iOS 16.2 beta 3 gives iPhone 14 Pro users the ability to disable always-on display wallpaper and notifications. This is a major change that will allow the functionality to be very similar to what Android smartphone manufacturers offer.

In the Display and Brightness menu of the Settings app, you’ll see these changes in the form of three new toggle options. So there are two new settings since the update: Show wallpaper and Show notifications. You can either disable both or leave one enabled and disable the other as you wish.

After the settings are disabled, the lock screen will only show a black wallpaper with time and widgets when you lock your phone or leave it idle. If a large part of the OLED screen is black, it means that the pixels are off. iPhone users can expect a significant increase in battery life by disabling the two new features.