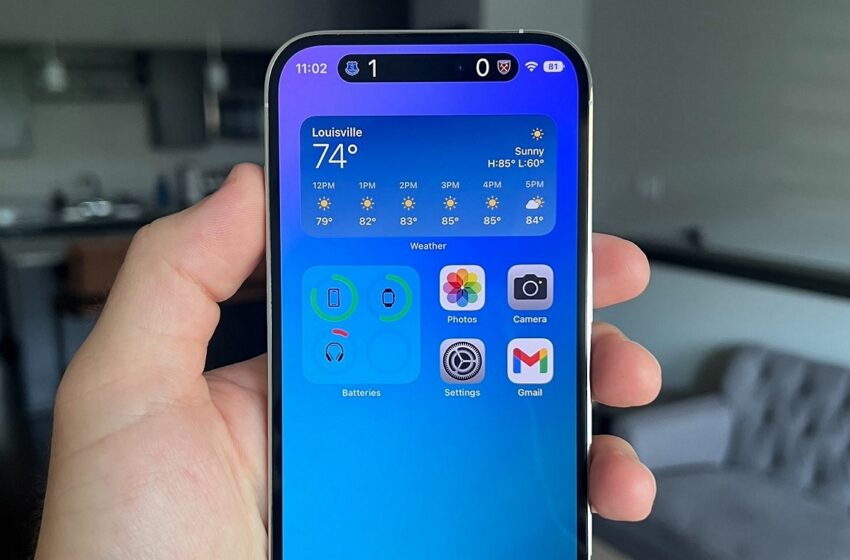 The iPhone 14 Pro and 14 Pro Max come with an exclusive feature thanks to their new design with a pill: Dynamic Island. While the latter is already very popular with fans, it will soon improve further by allowing you to follow the results of sports matches in real time.

When it announced its iPhone 14 Pro and Pro Max at the beginning of September, Apple mainly highlighted the new Dynamic Island feature, which transforms the new pill at the top of the screen into a dynamic island that can expand or shrink depending on the applications used. The latter can for example display information on the music you listen to on Spotify, or even indications on your journey from Maps.

Two weeks ago, Apple announced to developers that they would be able to create live activities that will display on the lock screen and in the dynamic island as soon as iOS version 16.1 arrives, and we’ve already had a preview of the feature. On Twitter, user Paul Bradford shared how Dynamic Island could view live sports scores thanks to the new update.

As we can see in the screenshots shared on the social network, during a Premier League match, the Dynamic Island displays on an iPhone 14 Pro the scoreboard in real time with the number of goals scored by each club. When you long press the island, Dynamic Island expands to show elapsed time and live commentary. 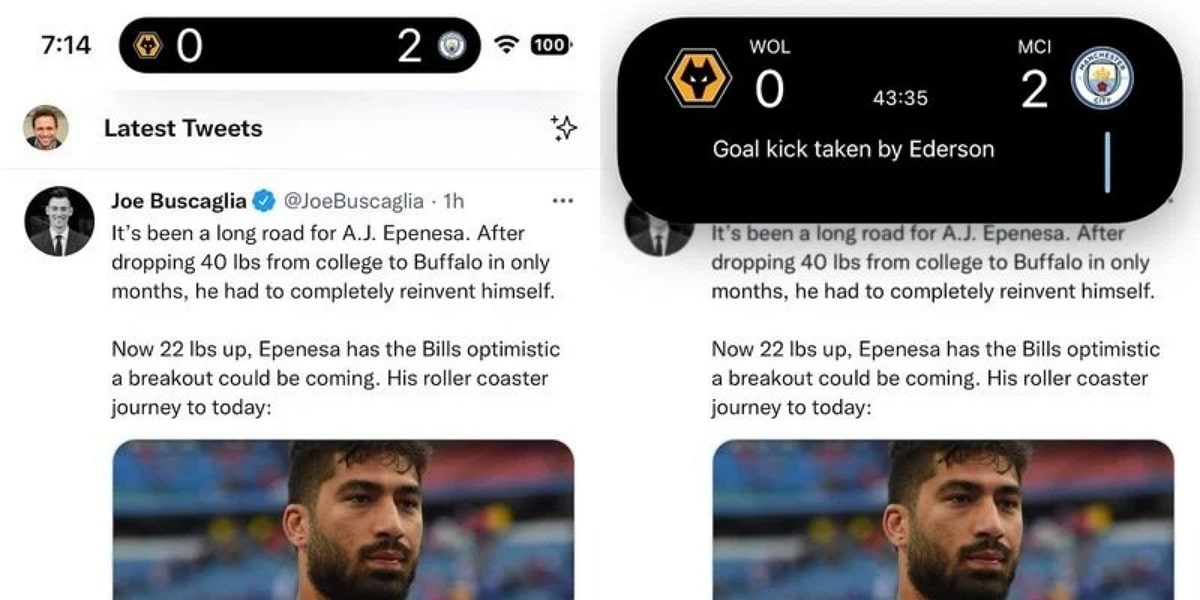 To view live scores, iPhone owners should already ensure they have downloaded the iOS 16.1 beta, then go to the Apple TV application, search for a match and click on “follow”. At this time, Apple says the feature is available for MLB games for users in the US, Canada, Australia, UK, Brazil, Mexico, Japan, and Korea. South, as well as NBA and Premier League games for US and Canadian users only.

On iPhones that did not take advantage of the new design with Dynamic Island, live activities will be displayed on the lock screen as a widget displaying real-time information, so you can quickly check live sports scores or how long a food delivery order will take.

For Android smartphone users, we imagine that manufacturers will soon take inspiration from Apple to launch their own version of Dynamic Island. Moreover, an application already allows Android smartphones to try the functionality.